The MTA bus driver who drove into an elderly pedestrian in Brooklyn last year, killing her, has pleaded guilty to leaving the scene of the crash and related charges, court records show.

Paul Roper, a 15-year veteran of the Transportation Authority, fatally hit Carol Bell, 70, as she was crossing Fulton Street at Sackman Street early one morning in November 2015. Video of the 6:15 a.m. crash showed that Bell was using a walker as she crossed the street at the intersection near Broadway Junction, which lacks a crosswalk, when Roper hit her turning left in the out-of-service bus.

Roper reportedly stopped the bus momentarily, then drove away. Bell reportedly lived a block away in a woman's shelter. 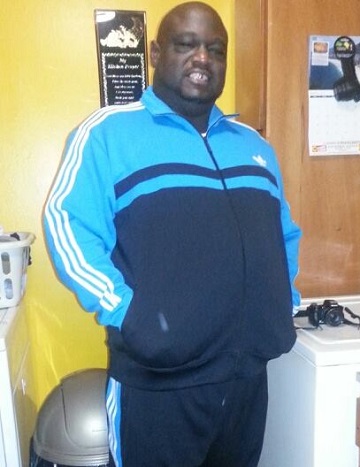 The NYPD initially declared that officers did not believe the hit-and-run constituted a crime. Cops arrested Roper two days later and charged him with felony leaving the scene of a crash that resulted in serious injury, violating a pedestrian's right of way, and failure to exercise due care. The crash came two months after the city settled a lawsuit by an MTA workers' union by agreeing to elaborate on what degree of recklessness cops have to show to justify a driver's arrest under the 2014 Right of Way law.

The law, part of Mayor de Blasio's Vision Zero road-safety initiative, makes it a violation to fail to yield to a pedestrian or cyclist, and a misdemeanor to seriously injury or kill one while failing to yield, whereas previously it typically took a driver being intoxicated and killing someone for the authorities to bring criminal charges for dangerous driving.

The Transport Workers Union Local 100 claimed that the law unfairly criminalizes bus drivers, and that buses come with large blind-spots created by poorly positioned mirrors. The union lobbied to overturn the law entirely over the course of 2015 as its drivers were cited and, in a handful of cases, arrested.

Roper pleaded guilty last week, as Streetsblog first reported, copping to a felony leaving the scene charge, as well as three misdemeanor counts of right of way violations. The felony carries as many as seven years in prison and a fine of $2,500-$5,000. The misdemeanor counts each carry a maximum penalty of a $250 fine and/or 30 days imprisonment.

The intersection of Fulton and Sackman streets was the scene of five crashes in 2015, including the one that claimed Bell's life, according to NYPD data. So far this year, it has been the scene of three crashes, two that resulted injuries, one to a pedestrian, and the other to a motorist who failed to yield to another driver, according to police.

An MTA spokesman said Roper was suspended without pay upon his arrest, and the MTA is now moving to fire him. Roper did not respond to a Facebook message seeking comment, and the Legal Aid Society, which is representing him, did not return an email.

Roper's sentencing is scheduled for January.

Asked for comment on this case, TWU Local 100 sent this statement from union President John Samuelsen:

Given that our bus operators drive more than 150 million miles a year-which is roughly the same as going around the planet 6,100 times-they should be praised for their incredible safety record, not vilified. It’s exceedingly rare for them to be involved in a fatal accident and that’s because they are topnotch professionals who are well-trained and dedicated.