While the MTA is projecting a nearly $1 billion budget deficit looming three years from now, it held a special meeting Monday to discuss an estimated $215 million shortfall from subway and bus fare evasion.

According to MTA surveys of observed fare evasion, there was an uptick last year that coincided with Manhattan District Attorney Cy Vance's decision last February to no longer prosecute criminal arrests for fare beating.

"It's quite striking that that change in policy has led to a remarkably coincidental rise in fare evasion," New York City Transit President Andy Byford told reporters after the specially called public meeting on fare evasion. "Regardless of what the intent was, I think people heard that there would be less of a penalty and that that has led to more fare evasion."

For the past few board meetings, the MTA had blamed fare evasion for some of the agency's troubled finances and requested more details on exactly which stations have the highest number of fare beaters.

Those figures weren’t presented Monday, but the agency's brass were confident there was a connection between fare evasion and Vance's policy shift, although even Byford admitted the agency doesn’t have granular data on fare evasion.

"We're merely stating a fact," Byford told the MTA board Monday. "It's not a blame issue, it's a statement of fact. You want us to give you evidence-based reports; it's just a fact."

The MTA also called fare evasion a "significant factor" in the decline in ridership.

The agency's collected its fare evasion data by observing subway stations and bus routes, and compared it to paid ridership numbers. 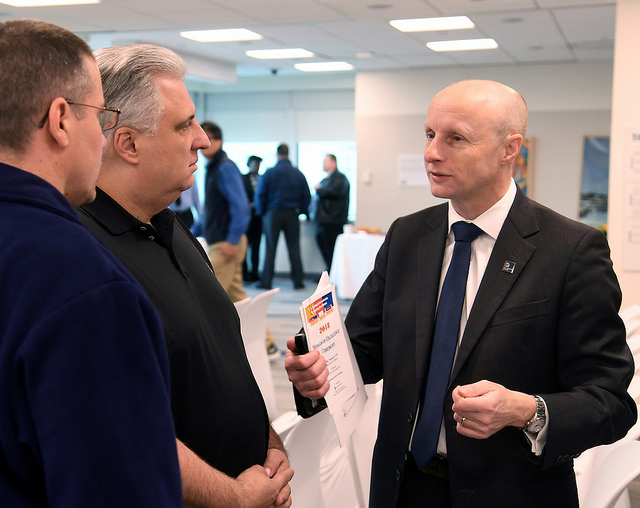 Danny Frost, a spokesperson for the Manhattan DA, said in a statement that Vance’s policy does not prevent the NYPD from stopping turnstile jumpers, and actually enabled the police to make more stops.

While the MTA's report didn't break down exactly where the most fare evasion is taking place, the head of buses Daryl Irick said the worst fare evasion on buses occurs on Staten Island and in the Bronx.

MTA board member David Jones, who's also president of the Community Service Society, which has led the charge against criminalizing fare evasion, and successfully pushed the city to offer half-priced MetroCards for low income New Yorkers, said he was surprised how high the evasion numbers were. When Jones joined the board in 2016 he was told that of 130,000 stops for fare evasion, 92 percent of those people were Black and Latino people.

"Clearly, there's not correlation here between a system-wide problem and the over enforcement in the poorest and blackest and Latino neighborhoods in the city of New York," he said at Monday's meeting.

"If we'd been straight about this and heard about Staten Island and other places which are not considered the poorest part of the city maybe we would've had a more proactive effort and sense of equity here because it's not, traditionally, equitable enforcement," Jones fired back.

"Yes, we have to deal with fare evasion. People have to perceive this is being done fairly," Byford responded. "This can't be a blanket, all-out onslaught against particular demographics."

Jones hopes when half-priced MetroCards are available at the beginning of 2019 the number of fare beaters will go down.

For now, Byford suggested hiring a third party to conduct a survey to figure out why people aren't paying fares. He wants to figure out whether it's because of cost, a case of "opportunists" looking for an easy free fare, or some sort of "recidivist" that believes fares should be free, or whether it's a protest fare evasion because riders don't believe they should have to pay for bad service.

Larry Schwartz, chairman of the MTA finance committee, suggested the board should tie future fare hikes to the MTA's ability reduce the number of fare evasions.

"To sit here and know that $200 could be $300 million is somehow not being collected, when we talk about huge revenue losses, that's huge. Even if we could cut it in half, $100 million could go a long way to cleaning up stations, improving reliability or holding down future fare increases," Schwartz said.

But with an operating budget of $16.6 billion, this is a drop in the bucket.

For reference, the Citizens Budget Commission pegs the average cost for those enhanced stations, with new tiles, lighting, benches, etc. at about $37 million per station. At that cost savings rate the MTA could do an additional two and a half stations a year, with all that extra revenue.

President Byford said he'll crack down on fare evasion by beefing up his "eagle teams" or MTA workers that ride buses with NYPD looking for fare evaders on buses. He also suggested putting these types of teams at subway stations near entrances to deter would-be fare beaters and asking police chiefs to deploy some of their 2,600 transit bureau officers to create "fare evasion strike teams" to catch and deter evaders.

The full MTA board meets next week for its last meeting of the year, where it will continue to discuss the 2019 fare increase. A vote on that is expected in January or February.

#andy byford
#fare evasion
#MTA
#subway
#we the commuters
Do you know the scoop? Comment below or Send us a Tip