Moving Ahead With Airport Congestion Pricing 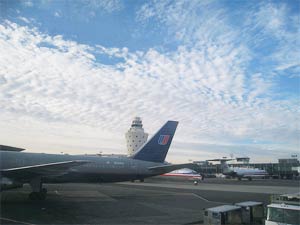 After talk of flight caps to help ease airport congestion that leave many travelers very irritable, the U.S. Department of Transportation announced another policy to help ease airport woes. The DOT will let airports charge airlines based on the time of day and volume of traffic their planes are landing in. Previously, aircraft was only charged based on plane weight.

The hope, per the USDOT, is that "airports would be able to spread traffic more evenly throughout the day - allowing them to serve more passengers, reduce delays, and help avoid the need for sustained federal government intervention." The USDOT also hopes that the revenue from fees will allow operators of many airports (like the Port Authority, which has JFK, LaGuardia and Newark airports - which have the lowest on-time arrival rates in the country) to fund expansion projects (like that of Stewart Airport).

The Port Authority's pleased but wants more, issuing a statement saying, "It's good the (Federal Aviation Administration) is focusing on the delays issue, but these small steps don't address the fundamental problem when dramatic action is needed. The right solution is expanding capacity through 21st century technologies, working with the airlines on more rational schedules and better customer service."

And the flight caps will begin in March. Currently, there are about 100 flights per peak hour at JFK; with the cap in effect, that will be reduced to 82 or 83 flights.