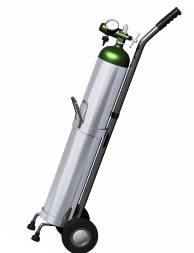 A 63-year-old woman and her 34-year-old son were found dead in their Silver Lake home Tuesday morning. The Staten Island Advance reports that Doris Newsome and son Martin both had health issues and needed to use oxygen tanks. The pair seemed to die of natural causes at around the same time, but it's not clear what the exact cause was (the ME's report will take a while), so their simultaneous deaths seem mysterious and bizarre. The Post put it another way, with the headline "Sad Weight to Go", as the mother weighed 300 pounds while the son was 280 pounds.

Their bodies were discovered when Martin Newsome didn't show up for a medical appointment (sources say he was chronically ill and that his mother cared for him) and the doctor called the building's super. Super Nick Marsic smelled a stench from outside the Newsoms' apartment door, but couldn't open the front door, so a handyman went through the window and found Doris Newsome's dead body on the kitchen floor. Marsic told the Advance, "She was on the floor. She had opened the refrigerator. The light was on."

Martin Newsome's was found on his bedroom floor, and it's believed they died around the same time. Investigator do not suspect foul play and the FDNY didn't find any trace of carbon monoxide. Marsic said the mother and son were friendly but "You could all the time see that they're sick, they're suffering."