More Subway Delays Are Not Your Imagination 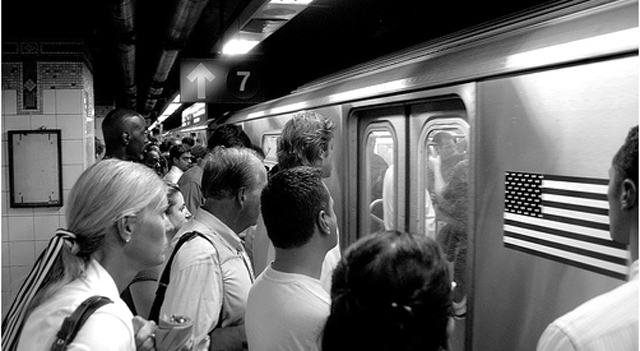 A report compiled by New York City Transit indicates that delays in on-time performance by subway trains have increased every since 2004. According to The New York Times, the delays are worst during the subway rush hour, when 8% of trains fail to perform according to schedule. The NYC Transit report cited track work as by far the largest cause of delays, as transit employees attempt to modernize or even repair the subway. But there are some more reasons: "Other causes include signal and switching problems, trains held in a station for sick passengers, and riders’ holding the doors open, often during rush hour."

The graph (below) from NYC Transit illustrates how on-time performance every month for the first half of the year lagged behind the prior year. Transit officials consider a train late when it arrives at the end of its line more than five minutes past schedule. The authority is considering steps to ameliorate its tardy train syndrome, including cutting back on the number of rush hour trains to prevent backups. 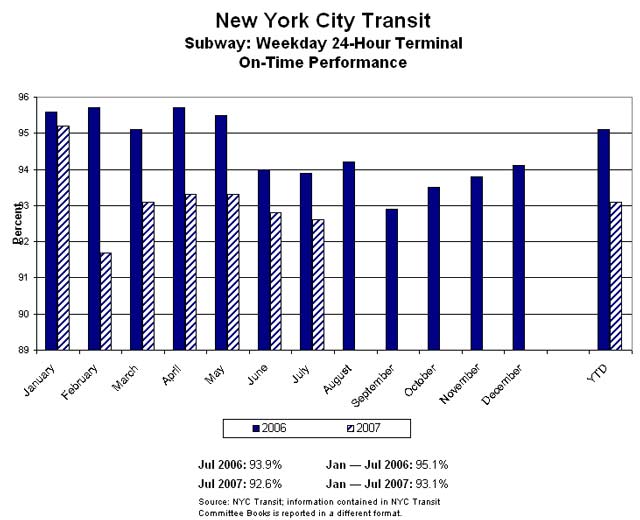 Earlier this year, the Daily News compiled a top-ten list of reasons trains get delayed that ranged from track work/ work crews at #1 (1,640 times a month) to emergency brakes triggered by cause at #10 (229 times a month). A more far-fetched theory behind subway delays is that they are caused by dieting women, who become undernourished and faint during their commute, causing the train to wait for EMTs to help revive the person.

And in October, the Times ran an interesting profile Michael A. Lombardi, who worked for NYC Transit for 45 years and retired as the senior vice president for subways at the authority. He managed to improve the reliability of subway service by instituting a preventative maintenance program for subway cars, which were constantly breaking down.

(The never ending rush to be #1, by badison at flickr)