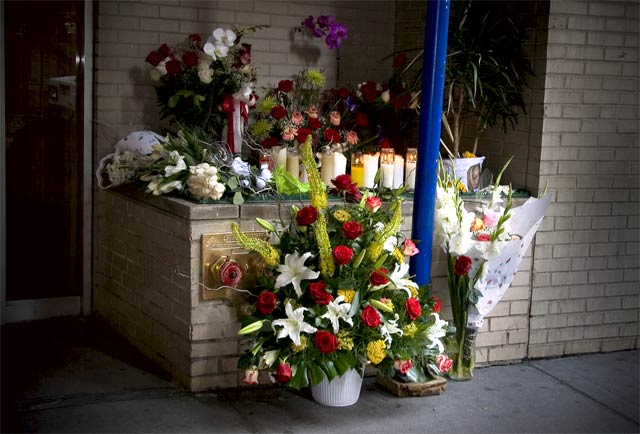 Yesterday, Ruslana Korshunova's mother arrived from Kazhakstan to identify her daughter's body at the medical examiner's office. Officials ruled that the 20-year-old model had jumped to her death from her Water Street apartment on Saturday, but with the world ahead of her, many people are wondering what drove to her to suicide.

The Post suggests Korshunova was in a love triangle. She was dating Mark Kaminsky, but was also still friendly with her ex, Artem Perchenok; both men greeted Koshunova's mother Valentina at JFK Airport yesterday. Friday night, she was watching the movie Ghost with Perchenok, but the next day, a few hours before her death, she saw Kaminsky. From the Post:

Both claimed that they were going to celebrate her 21st birthday, which would have been tomorrow, with her. And each insists that he was the one she wanted to be with...

Perchenok said she was going to spend her 21st birthday with him in the city and then possibly go to Atlantic City.

But Kaminsky said she was planning to go camping with him in Pennsylvania.

"She always was with me," Kaminsky said Sunday outside Ruslana's building. "We never spoke about Artem."

But Perchenok called his relationship with the runway star "a fairy tale" and was convinced they would get back together.