The operator of the Woodbury Commons has essentially held a monopoly on outlet mall development, preventing outlet stores from opening additional locations within a 60-mile radius of the flagship, NY Attorney General Eric Schneiderman said.

Schneiderman's office announced a settlement with Simon Property Group that now prohibits the group from "using anticompetitive tactics to thwart the development of competing outlet centers in New York City... Today’s settlement will finally allow for the opening of outlet malls in Brooklyn, The Bronx, Queens and Staten Island, creating competitive choice for retailers and consumers while boosting the New York economy."

An investigation found that while many developers wanted to build outlet centers in NYC, many Woodbury retailers (like Adidas, Coach, Gap, Michael Kors, Prada, The North Face) had "radius restrictions" in their leases which would penalize them if they opened another location within that 60-mile radius. The AG's office noted, " There are over 200 outlet centers across the US, but one outlet center—Woodbury Common—dominates the New York City area." 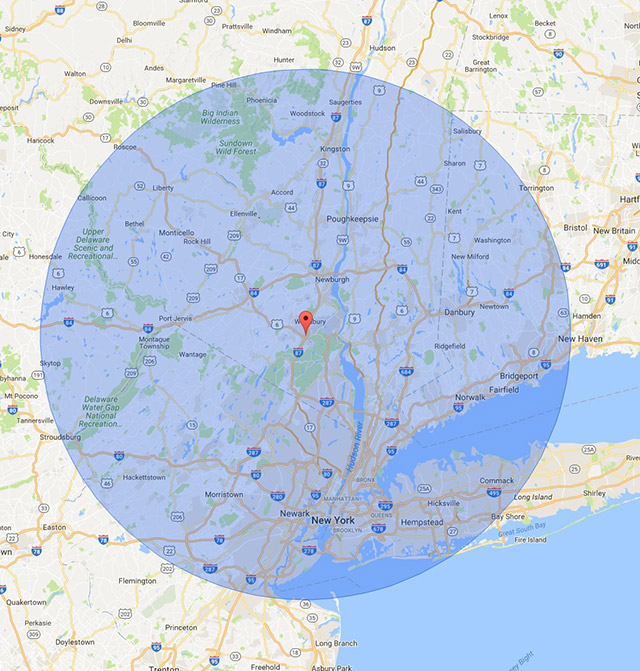 "No business should be allowed to stifle an entire industry at the expense of consumers—but for years, that's exactly what Simon Property Group did to New Yorkers," said Attorney General Schneiderman. "Simon's anticompetitive conduct blocked competition and drove up prices for New York consumers. That ends today. I am pleased this agreement will allow for new shopping outlets to finally open within New York City, and make affordable shopping more accessible for residents across the region."

Simon will be paying $945,000 to NY State as well as will cease using radius restrictions for 10 years (they'll also revise current retailers' contracts to remove the clause).

Simon issued a statement denying that it ever conducted unfair business tactics but added, "While we do not agree with the suggested findings, the settlement has favorable terms for Woodbury Common and will permit Woodbury Common to focus on providing tenants and shoppers the type of premium experience they seek."

The developer of the Empire Outlets Mall points out that it's already scheduled to open the first outlet center on Staten Island in 2018. The Attorney General's announcement would imply that retailers at Woodbury Commons might be able join the Empire Outlet Malls, which currently has stores from H&M, Nordstrom Rack and Banana Republic lined up. Don Capoccia, prinicpal of BFC Partners said, "This is a huge win New York City residents who have for years demanded easier access to affordable shopping... Our team applauds Attorney General Schneiderman for his commitment to supporting fair competition and giving more New Yorkers access to affordable retail options."