The death of Michael Schenkman, a 78-year-old triathlete killed by a driver while cycling near his home in Bayside, Queens, on Wednesday morning, was the 16th cycling fatality in 2016, more than the 15 that occurred in all of 2015. There were 20 cycling deaths in 2014. Gloria Garcia, 54, visiting from Corpus Christi, Texas, went down in a crash in Central Park in July, and she too succumbed to her injuries this Wednesday. (Because Garcia's crash occurred in an area managed by the Parks Department, it likely won't be counted towards the annual road-death total.)

Citing the grim milestone, the head of the advocacy group Transportation Alternatives said the mayor's Vision Zero road-safety initiative isn't accomplishing enough, or moving quickly enough. The group is planning a Ride For Mayoral Action on the evening of September 15th, in partnership with other activists.

"This statistic is moving in the wrong direction," Trans Alt director Paul Steely White said, adding, "We will renew our call on the de Blasio administration to build on the Vision Zero leadership ​the mayor has shown, by investing more and moving more quickly to redesign all of the city’s most dangerous streets with lifesaving improvements like protected bike lanes, pedestrian safety islands and greater visibility at crosswalks."

White called Schenkman a "beloved" member of the organization and said it will dedicate its upcoming NYC Century Bike Tour to his memory.

Schenkman spent much of his life working with cars and bikes. He taught industrial arts and car technology to middle and high school students in Long Island, and later, after retiring from teaching, ran a Volvo repair shop in Flushing. More recently, he spent seven years working as a driver for Betsy Gotbaum, former public advocate. In his old age, he took pleasure in going for long bike rides, sometimes logging nearly 20 miles a day, his sons told reporters.

Mr. Schenkman pedaled east on Northern Boulevard, maneuvering alongside traffic with the same care as he would drive a motor vehicle. An avid cyclist, he also taught driver’s education for several years; he knew the rules of the road, his sons said.

When he was near 223rd Street, and one turn away from the Cross Island Parkway bike trail in Bayside, he began to merge from the center lane onto the left. Suddenly, a black Chevrolet Impala struck him, dragging him about 25 feet and leaving him fatally injured.

The driver has not been charged or issued a summons, according to police.

Northern Boulevard near where Michael Schenkman was fatally struck in the left lane, a tenth of a mile from the left turn onto a bike trail. (Google)

The younger Schenkman, a teacher upstate, told the News, "I told my dad to stop cycling, as did my stepmom. It is too dangerous. I stopped biking upstate because I had too many close calls. People don’t understand the killing capacity of their car. They drive too fast, distracted."

"We have a dream of Vision Zero, but cyclists continue to die on the streets of New York City at an alarming rate," he said. "Bicycles and cars don’t seem to work here. Bicycles aren’t looked at as positively as they are in Europe or even Canada. That has to change."

Advocate Paul Steely White elaborated on the lament in a statement:

It is significant that Michael Schenkman was killed on Northern Boulevard, which is among the city’s most dangerous streets that the Department of​ ​Transportation has designated as Vision Zero Priority Corridors—many of which have yet to see lifesaving redesigns. Of the 16 bike fatalities so far in 2016, half have taken place on corridors, at intersections or in areas that received a "Priority" designation in the DOT’s Pedestrian Safety Action Plans. Four deaths occurred on streets that were designated Priority Corridors but which did not have bike lanes. 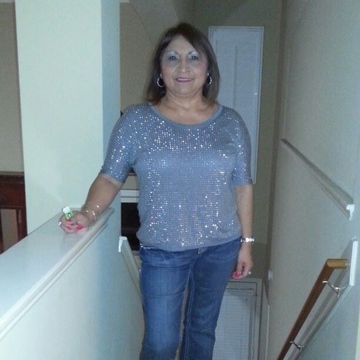 Police also have a role to play, White said, by developing a consistent, citywide approach to driver enforcement in order to deter speeding and failure to yield, ceasing victim-blaming in the early hours after cyclists' deaths, and improving the NYPD's dismal 2.5 percent rate of enforcement stemming from hit-and-runs.

Gloria Garcia crashed coming down a hill on Central Park's West Drive near West 80th Street on July 17th, hit her head, and died at New York Presbyterian Hospital on Wednesday. Her family told the Daily News that she was cut off by a pedicab driver while riding with her 16-year-old daughter. Police had said they believed she swerved to avoid a pedestrian.

"We maintain that one fatality is one too many, and we'll continue to invest in lifesaving initiatives like these until we achieve Vision Zero’s ultimate goal." Finan said.