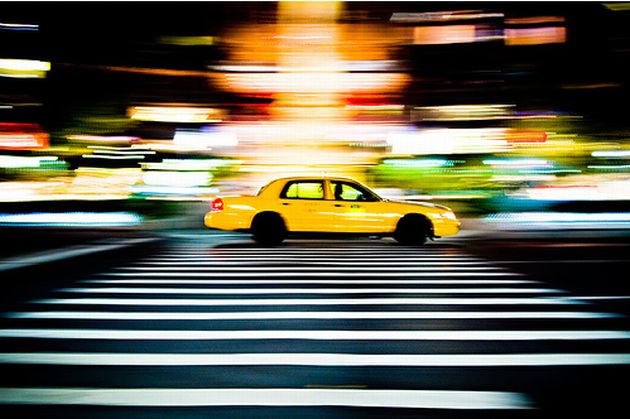 "He put his face into the plexiglass separation, the section that is left open, and screamed 'You f------ b----!' and spit at me, which I could feel spray all over my face. I screamed the loudest I have ever screamed in my life: 'Let me out of this cab!'" So ended a ride home to the Upper West Side for 24-year-old Sarah Snedeker, who claims her driver became irate when she insisted on paying by credit card, locking her in the cab for five minutes while they argued.

Earlier this month an East Village woman claimed a cab driver punched her in the face after refusing to accept her credit card payment; now more people are coming forward with stories of abusive cabbies. Michael Blumenthal, 28, tells the News how he narrowly escaped his driver’s wrath: The driver claimed his credit card machine was broken and during the ensuing argument he threatened to drive Blumenthal back to Manhattan.

Then Blumenthal attempted to get out of the car, opening the door at two red lights. Each time, the cabbie hit the gas. He finally got out of the cab at a red light in Long Island City.

"He then jumps out to come after me and I start to run," Blumenthal said. "He ran back to his cab and threw it in reverse. I run into an alley and he stops to go in after me with the car." Blumenthal said the cabbie couldn't catch him because the taxi got stuck behind a street-cleaning truck.

Neither Snedeker or Blumenthal took note of the cabs’ license plates or medallion numbers. Drivers have been trying to dissuade passengers from paying with plastic because they lose up to 5% of the fare on transaction fees. An undercover sting operation last month resulted in 93 summonses and calculated that cabbies refuse the cards about 7% of the time.

But judging by the anecdotal chatter we're hearing, hacks have been refusing plastic much more than that. Have you tried paying the fare with plastic lately?