Models From Abroad Have Hard Time Getting Visas 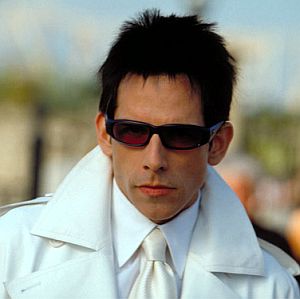 Make sure you’re sitting down: Because of a surge in visa requests, America is currently in the grips of a severe fashion model shortage. The problem is that professional good looking people from overseas have to apply for the same H-1B visas that pasty high-tech workers require. According to Politico, demand for the visas is double the 85,000 spots available in the category per year; in the fiscal year 2007 only 349 models from overseas got the H-1B (for which there is no cure).

Thankfully, Representative Anthony Weiner is on the case. His proposed bill argues that the dearth of international models is bad for the economy, because when advertisers can’t get the foreign fashion model they want, they don’t just settle for some second rate local looker (pictured). Instead, they relocate the shoot overseas or, in some cases, just photoshop an American backdrop into the finished ad. Thus all the domestic workers hired for fashion shoots – from the photographers on down to prop stylists – lose business.

Weiner’s bill would let models apply for a separate visa category used for athletes and entertainers. But Janice Dickinson, of TV’s Janice Dickinson Modeling Agency, has spoken out against the bill to the Daily News: "Forget trying to bring in new meat. Let's divvy it up between the Americans on American soil, please." Corinne Nicolas, president of Trump Model Management, disagrees: “The market is calling for foreign girls.”

At any rate, the bill is unlikely to become law before the summer recess; in fact it’s not even on the radar of Senate Judiciary Committee Chairman Patrick Leahy, who told Politico, “I know about a lot of things, but I don’t know anything about that.” Concerned citizens can urge the aloof senator to get his priorities straight by calling his office now!

#anthony weiner
#bill
#Congress
#fashion
#get
#help
#house
#law
#models
#visas
Do you know the scoop? Comment below or Send us a Tip