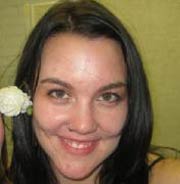 The Daily News reports that Hannah Upp, the NYC Teaching Fellow missing since August 29, was found hours ago after she "jumped into the chilly waters off Staten Island in an apparent suicide attempt."

The News says Upp "jumped off of a pier on the Staten Island side...[and] was found about a mile off Staten Island's St. George section just before noon." The Staten Island Advance spoke to a passenger on a ferry boat who said, "I saw a speedboat pull up. I saw that there was a person in there. You could see [the person] lay their head back like they were dazed."

Upp teaches at the Thurgood Marshall Academy but went missing shortly before the school year began. Friends and family were worried as police also aided in trying to find the 23-year-old, who was seen last week at the Fifth Avenue Apple Store. She was conscious and taken to Richmond University Medical Center.

#hannah upp
#missing teacher
#st. george
#staten island
Do you know the scoop? Comment below or Send us a Tip