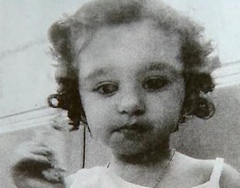 On Saturday afternoon, a two-year-old girl and her three-year-old male cousin went missing in Prospect Park, near the boathouse. The boy was eventually found, but police recovered a toddler girl's body in the lake.

According to WABC 7, "The mother was cooking inside the park working on a barbeque at the time. Eyewitnesses say she had just taken her eyes off the kids to check on the food when they walked away." When the parents realized they were missing, they asked others in the park to help them find the children.

The Post reports, "One of the dozens of park-goers who joined in the desperate search for the kids found the little boy, soaked and covered in algae, in a wooded area. He was unhurt."

A woman helping in the search, who declined to give her name, saw the family being reunited with the 3-year-old boy.

The searchers who found him “kept asking people, ‘Is this your son?’ Then someone in the family said, ‘That’s my son,’ ’’ one of the searchers said.

“Then [the family] asked if they found a little girl with him,” said the woman. When they answered no, “The news spread like wildfire,” she said.

“More families left their barbecues to help look for the girl."

According to police, they responded to a call about the missing girl at 1 p.m. and were told that Ruhshona Kurbnova may have gone into the lake. The police say, "The NYPD Scuba Unit responded to the scene and deployed divers into the lake where they recovered the 2 year old female unconscious and unresponsive." The girl, who was pronounced dead at the scene, was pulled out at 6 p.m. 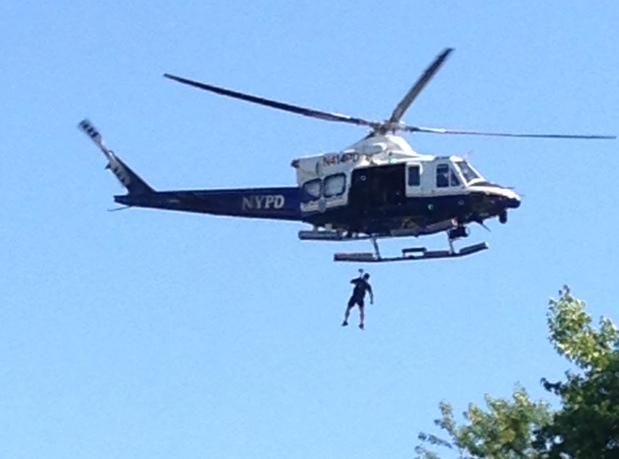 A member of the NYPD Scuba Team (VL)

Another park goer told the Daily News that she heard the little girl's mother's cries after the body was found, "My heart is broken hearing the mother scream. Right now, her child is gone."

The girl's mother was taken from the scene on a stretcher and to a hospital for observation. The News reports, "Though investigators plan to question the mother and consult with the Brooklyn district attorney, criminal charges in the tragedy were highly unlikely, police sources said." The parents, who left Uzbekistan in 2010 and have two other children, are planning to go back to their native country for a funeral.