Though he hosted a "Roundtable on Police-Community Relations" earlier today, Mayor de Blasio made clear on Monday that his administration was not backing down from the Broken Windows philosophy of policing. "I can understand why any New Yorker may say, that's not such a big offense," de Blasio said of the practice of aggressively policing minor offenses. "But a violation of the law is a violation of the law." In the first five months of his tenure the NYPD has made 97,487 misdemeanor arrests, slightly more than the first five months of Mayor Bloomberg's final year in office.

According to the New York State Division of Criminal Justice Services, those arrests have virtually the same racial disparity to them as they did under Bloomberg; 86.8% of the 97,243 people arrested for misdemeanor offenses from January through May of 2013 were black or Hispanic compared to 86.0% under de Blasio.

These statistics comport with the high number of low-level marijuana arrests made in the first few months of de Blasio's term.

"The mayor says, 'well you break the law, you break the law,' but a lot of these people aren't breaking the law," says Robert Gangi, the director of the Police Reform Organizing Project [PROP]. "And to the extent you're enforcing the law, you're doing it in a way that's dramatically unequal, and at the expense of the wellbeing of communities of color." 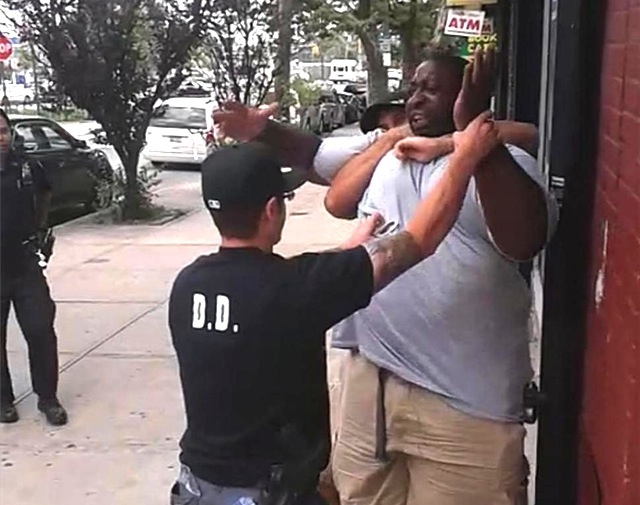 The numbers on misdemeanor arrests are included in a draft of a report that will be released later today by PROP entitled, "Broken Windows Policing: A True Tale of Two Cities."

The report compiles information on more than 700 recent cases observed in criminal courts in Manhattan, the Bronx, Brooklyn, and Queens, as well as Midtown Community Court, which specifically adjudicates petty quality-of-life offenses.

"Part of the point of the document is to show that in the first five months, nothing's changed," Gangi said. "The arrest practices, the summonses practices, are the same under de Blasio and Bratton as they were under Bloomberg and Kelly, and in some cases they're actually more aggressive, more punitive."

"We think some of this is driven by the quota system, and Bratton is trying to take his foot off the pedal, but a lot of cops are still operating on the understanding that the way they show that they're productive is to make arrests," Gangi adds. "It used to be stops, now it's arrests and summonses."

The report also catalogues a list of particularly egregious examples in which aggressive policing of minor (or nonexistent) offenses affected the lives of New Yorkers. Gangi says that many of the stories are recent, but some, including the final anecdote published here, occurred under the Bloomberg administration. He believes all are credible and "emblematic" of current police practices. A sample: