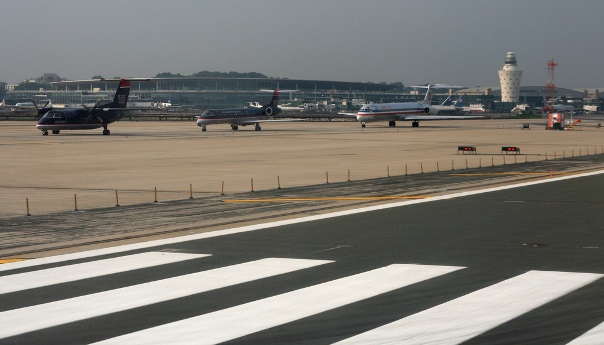 Realizing that air traffic congestion is terrible and will be even worse next week during Thanksgiving holiday, President Bush announced that the FAA is working on new ideas, plus military airspace will be opened up for five days to civilian planes. If using military airspace (the "Thanksgiving Express Lane") works well this time around, it may reopened for the Christmas holidays.

The other measures the President announced were:

The three airports in the NYC-area are the worst in the nation when it comes to on-time performance. Newsday spoke to an airplane industry analyst, who said of Bush's proposals, "It's hard to believe that some of these things aren't the normal course of business anyway. For instance, I don't think there's much military training going on during Thanksgiving holidays, so those airways are already open."

Do you have a game plan to make sure your Thanksgiving holiday travel is more tolerable? Or do you just grit your teeth. And recently, New York magazine gave suggestions about planning your next trips to the airport.

Photograph of planes in line for takeoff by vidiot on Flickr