Though some people were running from the explosion, once things calmed down a little, it seems like many people were documenting what was happening. In turn, it gave those of us not on the scene a way to share the experience. Here are some striking photographs from readers: 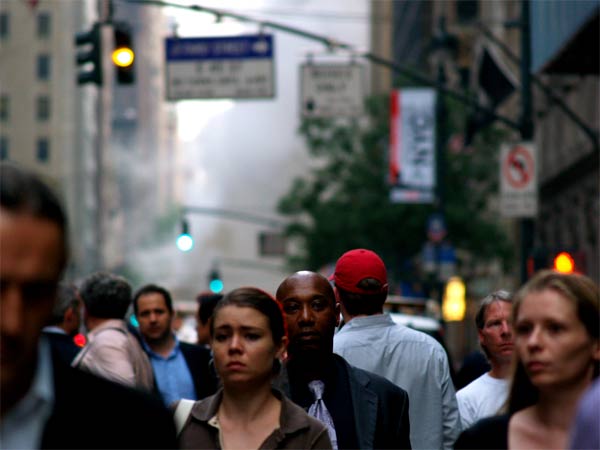 Photograph of people walking away, looking towards, the explosion by Horatio Baltz; see the full set 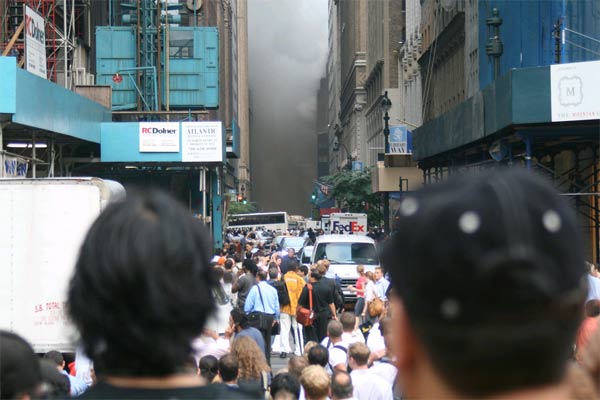 Photograph the crowd on the steps of the New York Public Library, looking down 41st Street towards Lexington Avenue by arvindgrover on Flickr; see the full set 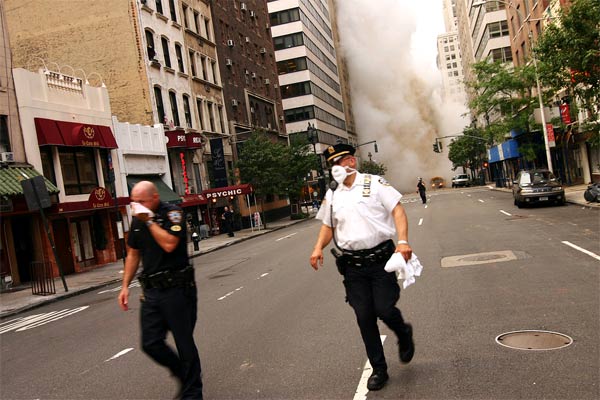 Photograph police officers walking from the scene by ~Raymond on Flickr; see the full set 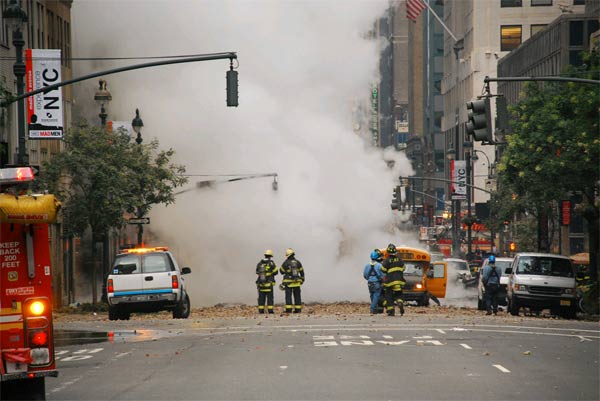 Photograph of firefighters inspecting the crater by dietrich on Flickr; see the full set

The CityRoom found out the story behind the Reuters image of the woman, who is covered in clay and blood, being helped by a man and police officer. The man, Kieran Beer, says the woman was hurt during the blast and was worried she wouldn't be able to walk, so Beer helped her along and carried her purse. "I don’t know the name of the woman. It just didn’t seem important at the time. What seemed important was staying close to her, letting her know that somebody cared and getting her help. Like everybody else, I certainly hope she is okay."

Link to your photographs in the comments. And here are photo galleries from the Post, Daily News, NY Times, WABC, WNBC and WCBS