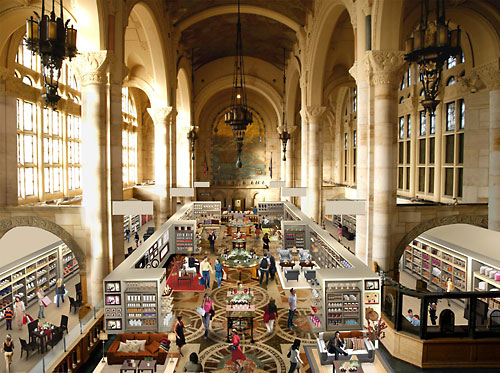 Just after Apple turned sour on New York (and vice versa) over the city's green apple logo, Microsoft is primed to plug into the retail racket with their very own outlet.

The Brooklyn Paper reports that the nation's first Microsoft store might be in Brooklyn; the company is eyeing the ground floor of the former Williamsburgh Savings Bank. If they seal the deal, they'll be taking one of the locations Apple scouted out for their first Brooklyn store.

The 33,000-square-foot space spans two levels, and cannot be altered due to its landmark status. Faith Hope Consolo, of Prudential Douglas Elliman, said they "will lease the former bank space for $2 million per year or sell it outright as a single 'commercial condo,' has been talking to other high-end outfits, including Barneys, Sony and the Metropolitan Museum of Art."

Meanwhile, Apple reportedly has their sights set on Williamsburg and Downtown Brooklyn.