The fatal shooting of a Brooklyn rabbi in Miami has rocked the Jewish community in New York and Florida. While Rabbi Joseph Raksin's grieving family believes he was targeted in a hate crime, Miami police have not indicated that it was in fact a hate crime.

According to CBS Miami, Major Hector Llevat, head of the homicide bureau, said a "full" homicide team was working on the case and begged the public for help, "The more information we get the better. It doesn’t matter if you think it’s insignificant, if you heard something, if you know somebody, any information that you have that could potentially connect the dots to bring these people to justice." 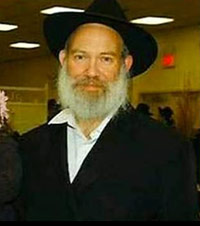 Raksin, who was in Miami to visit his daughter and grandchildren, had been walking to temple on Saturday when he was shot. Police are not sure of a motive, because he wasn't carrying any money (another rabbi pointed out that Orthodox Jews don't carry money on Sabbath. "There hasn’t been a robbery on Sabbath for the past 35 years.")

Llevat said, "It would appear initially, early observations that it could be perhaps a robbery. This gentleman was an observant religious man and so information is that he would not have a wallet or anything of value on him at that moment... Right now, there are no indications that it was a hate crime or related to a hate crime, however, we are not closing that door and we’re not ruling anything out."

A New York funeral for Raksin is being held for him today. His body arrived back in Brooklyn this morning. After a funeral in Miami, his son-in-law said, "We should never forget the value of human life." Notably, a rabbi and his wife who attended the Miami funeral returned home to find "hate symbols" on their car.