It's been more than 100 years since the East Bronx has had rail service, but in four years the MTA hopes to have built four new Metro-North stations in Hunts Point, Parkchester, Morris Park and Co-op City (PDF). The agency plans to use Amtrak's existing tracks where the Northeast Regional runs from Penn Station to New Rochelle, known as the Hell's Gate line.

Once the line is up and running, commuters will be able to get from Penn Station to the East Bronx in about 20-25 minutes—shaving off about 45 minutes from the current bus trip it takes now.

This is the rare project that has city, state and MTA support. The MTA has budgeted $695 million in its 2015-2019 capital budget for the project, including $250 million in state funding that Cuomo has allocated for the project. The only holdup is disagreements with Amtrak over rail fees for using their track.

Listen to WNYC's Stephen Nessen discuss the future of Metro-North in the East Bronx on All Things Considered:

In the meantime, the city is moving forward, holding one of the only public workshops on this project at 4 p.m. Tuesday at Albert Einstein College of Medicine in Morris Park. While four years sounds like a long time away, it's nothing in infrastructure years. This workshop is where the public can weigh in on what services they would need along with the new stations.

Carol Samol, Director of City Planning in the Bronx, said she hopes the public comes with tough questions: "How do the streets function? How do the buses connect to the station? What kind of land uses are around it [the stations]? Do we want to rezone in order to have more density for different uses, different kinds of uses?" she said.

The Bronx has one of the largest populations of reverse commuters in the country. In 2017, there were 3.9 million rides to and from Bronx stations, a 40 percent increase over 2000, according to the MTA. The medical sector alone employs 15-20,000 people, according to the city. 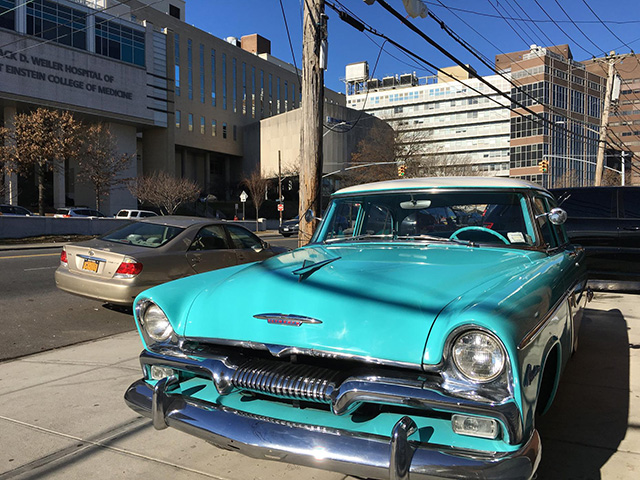 The East Bronx is home to several Universities, medical and research institutions, which would take advantage of four new Metro-North stations planned for the area. (Stephen Nessen / WNYC)

It's also the fastest growing borough with a population of 1.57 million expected by 2040, according to the city. The new line would have a stop in Co-op City, the largest co-op complex in the world. The line would also meet the needs of various universities and medical centers, including Montefiore, the single largest employer in the borough, according to city officials.

John Dougherty works at Calvary Hospital in the Morris Park Section and commutes there from his home in Chelsea. A new Metro-North station there would slice his hour-long bus commute in half. "It would be great. A lot more comfortable, a lot more reliable," he said. "I'm down for a ride."

Elodie Picarea lives in Inwood and does research at Albert Einstein College of Medicine. While she has transit options, a commuter rail station there would still be the best. "Right now we only have a bus, the subway stop is 20 minute walk, and there is an express bus," she said. "But that would be great to have a train to get to the city."

The MTA predicts it's already one year behind on the project due to disagreements with Amtrak and notes there are currently two major issues holding up the project. Since Amtrak owns the tracks, it wants to charge the MTA an "access fee" like rent. But the MTA argues it's upgrading the tracks, and signals for free, which will allow Amtrak to run 35 percent more service, so Amtrak should cut the agency some slack on these fees. 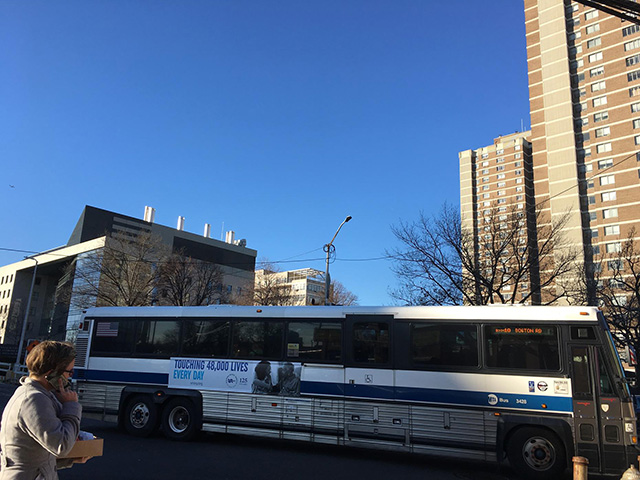 The MTA expects reverse commuters headed the Bronx will save up to 45 minutes one-way once new Metro-North Stations open in the East Bronx. (Stephen Nessen / WNYC)

Second, Amtrak wants the MTA to also replace the Pelham Bay Bridge over the Hutchinson River. The more than 100-year-old bridge is expected to cost $500 million to replace and the MTA doesn't want to shoulder the costs.

"Amtrak has been cooperating with MTA's planning efforts regarding the proposed expansion of Metro-North train service into Amtrak's New York Penn Station, which would include construction of four new commuter rail stations on Amtrak property in the Bronx," Amtrak spokesperson Jason Abrams wrote in a statement. "Amtrak and MTA executives have met frequently in recent months to try to reach agreement on a number of key issues regarding design, construction and ultimate train operation of this project, in order to ensure that the proposed expansion of Metro-North service does not adversely impact Amtrak intercity passenger rail operation, which will see a significant expansion in 2021 with the introduction of expanded Acela service between New York and Boston."

The project also hinges on a complicated infrastructure ballet, with East Side Access being completed—sending some Long Island Railroad trains to Grand Central Terminal, freeing up space at Penn Station for more Metro-North trains. It also counts on the Moynihan Station opening in 2021, also shifting Long Island Railroad and Amtrak services out of Penn.

Once all those stars align, there may be four new train stations in the East Bronx.

#amtrak
#east bronx
#metro north
#MTA
#reverse commute
#original
Do you know the scoop? Comment below or Send us a Tip