As officials continue to investigate what caused Sunday's deadly Metro-North derailment in Spuyten Duyvil, friends and family members of the victims have begun to shed light on the four lives lost, and traumatized survivors recount the day's horrific ordeal.

James Lovell, a 58-year-old audio technician from Cold Spring, NY, kissed his wife twice before boarding the train into Manhattan. "There was such peace and quiet at the train station. I got a second kiss," wife Nancy Montgomery, a City Councilwoman for the town of Philipstown, told the Daily News. Lovell and Montgomery had four children together, and son Finn, 17, told reporters his dad was "one of my closest friends...He was right there beside me. And it’s just so sad that he’s gone."

59-year-old Montrose resident James Ferrari, was on his way into the city to work an extra shift as a building superintendent. His wife, Francie Ferrari, told the Post that her husband worked on Sundays to earn a little extra money. The couple also had a 20-year-old daughter, Rebecca. "He was a wonderful husband, a wonderful daddy," Francie Ferrari said. "I loved him very much. He gave me a good life."

Fishkill resident Donna Smith, 54, a paralegal, Girl Scout troop leader and auxillary firefighter, was traveling on the doomed train with her sister Linda, on their way into Manhattan for one of Linda's choir performances. "In one way, I’m glad she was with her sister. But in another way, it’s got to be the worst tragedy — they traveled together, they vacationed together. They were inseparable," Maureen Crush, Smith's boss, told the Post. "I know this is very devastating to Linda." 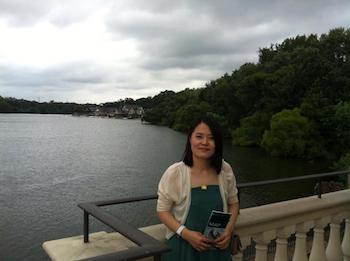 And 35-year-old Kisook Ahn was a children's nurse at Sunshine Children’s Home and Rehab Center in Ossining; she was taking the early morning train on her way back to her Woodside apartment after a 12-hour overnight shift. A native of South Korea, Ahn came to the United States about four years ago, on a healthcare staffing program designed to bring aspiring overseas nurses to the States. She received a bachelors and nursing degree at Lehman College in the Bronx, working at Sunshine with a brief stint at Kings County Hospital in between.

"She was just loved and adored by all of the nurses and children here," Linda Mosiello, Sunshine's administrator, told the Wall Street Journal. "Two of the nurses went hospital to hospital looking for her yesterday. We’re just devastated."

In addition to the four fatalities, over 60 people were injured in the derailment, and as of yesterday at least 21 of them were still being treated in area hospitals. Caroline Budinich, a 21-year-old SUNY New Paltz student, was left with a mangled leg and nearly got her fingers severed in the accident. "She’s not doing too great. She’s in a lot of pain,” her mother, Christine Duran, told the Post. Budinich, whose leg was so severely injured some of her bone was exposed, will have to undergo six-to-eight weeks of rehab and has undergone several surgeries thus far. Budinich reportedly told her mother the train was moving "too fast" before it derailed; investigators have determined the train was traveling 82 miles per hour in a 30 mile-per-hour zone at the time of the accident.

#metro north
#Metro-North derailment
#spuyten duyvil
Do you know the scoop? Comment below or Send us a Tip