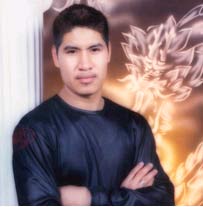 There's nothing like hearing that a man suspected of rapes in Dutchess County ran from police and took a Metro-North train headed to Grand Central Terminal. The Poughkeepsie Journal reports that on both November 28 and December 6, there were incidents of a home invasion and then rape in the village of Pawling, and Flaviano Quintero was being questioned about them.

As Dutchess County investigators were speaking with him yesterday, Quintero then "jumped out a window and got on a train bound for" New York. The police believe he got off the Harlem Valley Rail line in New York City around 10:35PM.

Quintero was deported last year and is believed to be back in the United States illegally. People with information about his whereabouts are urged to call 845-452-0400. This incident also reminded us of three incidents this past summer when three different police suspects escaped custody.