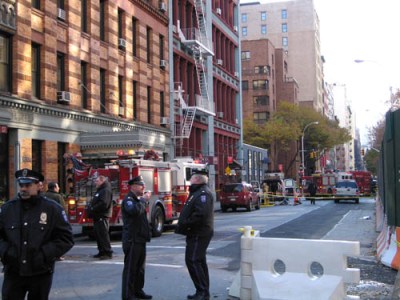 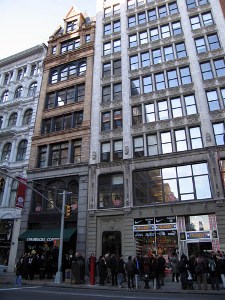 At least a few buildings on or near Mercer Street lost power when a fire or an explosion occurred in a manhole at Mercer and West 3rd Street exploded this morning. The block was closed off by the Fire Department. We hear there were no injuries, but it's unclear what caused the fire.

One witness saw a billowing black smoke and said it smelled "acrid, like maybe it's an electrical fire." And contributor Gideon Fink Shapiro overheard a building super say that it could take up to several days to restore utilities. Affected buildings include those at Houston Street and Broadway.