Mentioning a Bomb Never Goes Over Well at Airports 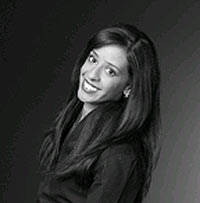 A business consultant is accused of "falsely claiming there was a bomb in her suitcase" after she was unable to get onto her JetBlue flight at JFK Airport last week.

According to the complaint filed in Brooklyn Supreme Court, Rosalinda Baez was trying to argue her way onto the plane after the jetway closed. Baez allegedly told a flight attendant, "What if I had a bomb in my bag? Well, I have a bomb in my bag, so are you guys going to turn the plane around cuz I need my bag."

The plane, headed to Austin, TX, was diverted to Richmond, VA, where the passengers were, per the Daily News, "yanked off the aircraft and screened, while bomb-sniffing dogs checked the commercial jet." Baez, who was waiting for another flight at an airport lounge, was arrested and later released on $200,000 bond.

According to Baez, she said, "Isn't it a security risk to let my bag travel without the passenger when there could be a bomb in the bag?" She told the News, "Why would I say [there was a bomb]? It makes no sense. We have left the security of our country in the hands of people who are unqualified." (The complaint also alleges Baez said of the Transportation Security Administration, the TSA "does not know how to do their f------ job because if it did TSA would not catch it and let it go through").