Men in Brown Are Men in Orange After UPS Heroin Bust 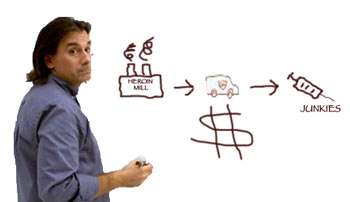 Three UPS employees and a fourth man were arrested earlier this week after police followed a package filled with heroin to a 29th St. address. The package had been identified as being filled with drugs at a UPS distribution hub in Kentucky.

The package was delivered to its intended address at 104 West 29th St. by an undercover cop dressed as a UPS employee and the NYPD then sat on the address. Eventually, three UPS drivers arrived and were arrested with 10 pounds of heroin. The drugs were estimated to be worth $1 million.

#arrest
#delivery
#drugs
#heroin
#Kentucky
#manhattan
#sidekicks
#UPS
Do you know the scoop? Comment below or Send us a Tip