Thousands of pages of documents that City Hall initially withheld from the Department of Investigation were released this week, and investigators say they're relevant to an ongoing investigation into the $16.15 million deal that lifted deed restrictions on a Lower East Side nursing home. In the months since the deed restriction was lifted, the building has been sold to luxury developers who intend to build condominiums on the site.

On Tuesday the city also agreed to hand over, as per the DOI's written request, "all digital information stored on City-owned computer hard drives" that are "assigned to or otherwise used by" Mayor de Blasio, Deputy Mayor Anthony Shorris, Shorris's Chief of Staff Dominic Williams, and director of intergovernmental affairs Emma Wolfe.

According to the City Charter, "every officer or employee of the City shall cooperate fully with the [DOI] Commissioner," who is "authorized and empowered to make any study or investigation which in his opinion may be in the best interests of the city."

One initially-redacted internal memo, dated July 2014, includes a table of pros and cons in lifting the deed restriction on Rivington House, then owned by the nursing provider VillageCare. According to the memo, representatives from the Mayor's office met with the Department of Citywide Administrative Services (DCAS), which is empowered to lift deed restrictions, "to discuss the potential drawbacks, benefits, or alternative uses" if 45 Rivington's deed were to be lifted. The Daily News reports that Shorris was among those briefed on the possible deed change.

The memo predicts that lifting the deed would "remove AIDS services from the LES" and that, if VillageCare got its way, "many non-profits would want to sell high-value deed restrictions."

"This memo provided vital information showing that City Hall was involved in the decision-making process on Rivington House and is therefore directly relevant to City Hall's involvement in the Rivington matter," wrote DOI Commissioner Mark G. Peters in a July 21 letter to Corporation Counsel Zachary Carter, demanding the redacted documents in full. 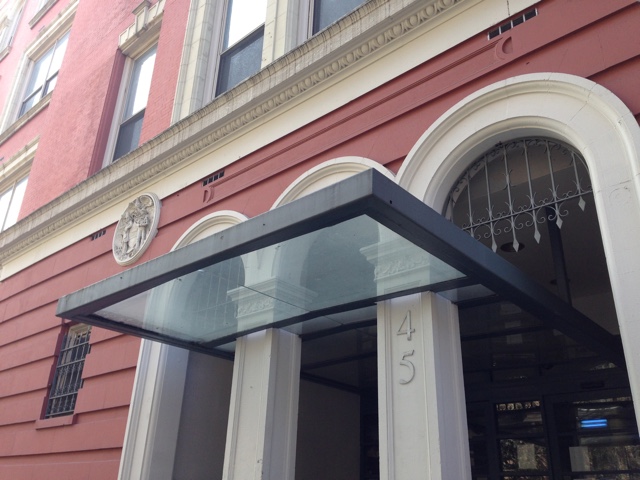 The Department of Investigation's initial report on the Rivington deal, released earlier this month, already revealed that Shorris, de Blasio's second-in-command, and other top City Hall officials were informed of the Rivington deal before it was made official. This, despite Mayor de Blasio's repeated assertions that he was in the dark. (In April, the mayor told reporters that, "If [members of my administration] had informed me [of the agreement] I would've said 'don't do it.'")

Still, the latest data dump seems to contradict an earlier statement from City Hall spokesman Eric Phillips, after the DOI's initial Rivington report: that "the Administration fully cooperated with the DOI, provided every single document and every single interview requested by the DOI."

Another initially-redacted memo discusses the deed restriction lift on property held by the Dance Theater of Harlem at St. Nicholas Avenue and 152nd Street. DCAS accepted $875,000 to lift a 70s-era restriction on that lot, which was sold to a developer for $3.1 million last May.

Peters, the DOI Commissioner, called the city's assumption that such a memo would not be relevant to the Rivington investigation "inappropriate and incorrect."

"I am pleased that the Law Department decided to comply with the law," Peters added in a statement Tuesday. "And, I am proud of the DOI staff who doggedly pursued access to these records so DOI can fully investigate the matter at hand."

Peters, who served as de Blasio’s campaign treasurer in 2013, recused himself from the Rivington investigation this spring over potential conflict of interest. The DOI stated this week that regardless, Peters "is not recused from the broader issue regarding enforcement of DOI’s statutory powers."

The Mayor's office did not immediately respond to our request for comment, but Phillips told the NY Post this week that the additional document dump wasn't relevant to the investigation.

"The Law Department has now provided access and information significantly above our legal obligation and far beyond any useful scope of DOI's review," he said.

#Deed Restrictions
#doi
#mayor de blasio
#Rivington House
Do you know the scoop? Comment below or Send us a Tip