The "Activities" section of Craigslist is rife with invitations to seedy poker games and thinly-veiled requests for sex. But if you're patient you can sometimes stumble across something truly magical. Just one month after I spotted the ALL CAPS headline above, I found myself in an abandoned mansion in the South Bronx accompanied by a ghost hunter with the unlikely name of Vincent Sinatra.

Vincent Sinatra ("no relation") grew up in College Point, Queens, but now lives in Little Neck with this wife and son. By day he's a maintenance engineer for Local 30. By night he hunts ghosts.

Sinatra's coworkers at Local 30 don't know about his unusual hobby.

"Once you say you're a paranormal investigator to anybody," he explains, "they give you that look, that 'you're fucked up' look or you must be nuts. But at the same time I'm so used to people looking at me when I say my last name's Sinatra."

While his fascination with ghosts might seem out of the ordinary, Vincent is otherwise a pretty normal guy. His personality is equal parts genial and brusque, and he exudes the sort of “no bullshit” attitude that seems unique to old-school New Yorkers, despite his young age. Ghost hunting has replaced baseball as Vincent’s great passion. “I played baseball my whole life. I was all-city back in 1998, Bayside High School," he says. "As you get a little older, you have family. Me and my wife Denise, we had a conversation a couple months ago, I wasn’t enjoying baseball anymore. I always wanted to do paranormal investigations more.”

Vinny's wife Denise says she support's her husband's hobby. "I feel there's no harm nor foul as far as [him] investigating something which many people may feel skeptical towards," she says. "I myself was 50/50 as far as believing in life after death. I have my beliefs in Catholicism being raised Catholic; but I myself never had any personal experiences to sort of validate such beliefs. And I think that's key to the skepticism...we always want proof and validation.”

Vincent's first paranormal encounter came at age nine when Sinatra's family was cleaning out his recently deceased grandfather's apartment. Sinatra had been playing outside with his brothers when he came in to get something to drink. Standing not twenty feet from him, he claims, was the apparition of his deceased grandfather. "It was like one of those things out a movie, you rub your eyes and look, but even as a kid, I knew who it was," he explains, "and in a matter of two seconds he was gone. And that hasn't left me after 25 years."

One fleeting glimpse spawned a lifetime of searching. "When I first started out," he said, "I would take a tape recorder or a cell phone, I'd go into a dark room and see if I could capture anything. As time went on, I studied. I studied demonology for five years. You start making the right connections with some mediums, some demonologists, you go little by little, you learn the history. Maybe read the Bible a little bit. I work with a priest as well. I can't mention his name." 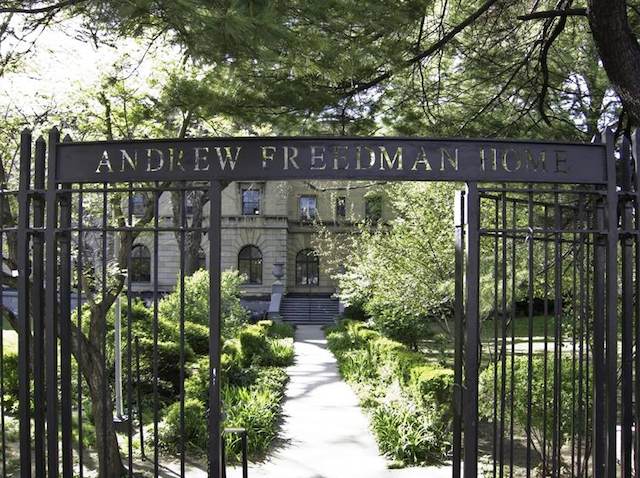 When I asked him why he looks for potential ghost hunters on Craigslist, he told me, "You get all kinds of people. You get everything, all types of personalities. You get some really, really fucking mentally disturbed people. But you also get people who are genuinely interesting."

Nine years ago, Sinatra decided he'd reached the limit of what he could do by himself. He reached out to a group of ghost hunters, but found them unprofessional. "They were too busy worrying about their Facebook status or their Myspace status, they were too busy trying to sell merchandise," he said.

Dissatisfied with the unprofessional and unscientific conduct of other paranormal groups, Sinatra decided to create his own. He called it Paranormal 718 after the area code for the outer boroughs. "I never wanted to be like all these other groups," he said. "They're bogus and bullshit. They all sit around with their black t-shirts with their logos going across it and they think they're paranormal investigators and it's bullshit. I founded Paranormal 718 because I love New York City, I'm all about New York City, and I wanted to do it my way."

Sinatra's way, as he puts it, is scientific, or as near as one can get when hunting ghosts. He's only interested in what he can measure and record. His primary tools are an EMF meter to measure electromagnetic fields, an infrared thermometer to gauge temperature, a simple audio recorder, and an array of night vision cameras. He says that spirits can manifest in ways detectable to any of these devices.

How does he know what he's detecting is paranormal, though, and not just background noise or dust particles? By thoroughly preparing every location he investigates. "We debunk everything," he said. "We shut down any air conditioning or heating system. We try to shut all the windows. We get a reading of what the temperature's going to be on each floor. Spirits give off cold spots. The EMF detector gives me the electromagnetic field in the air that lights give off. By shutting off the lights, you cut off 90% of it. If you see the temperature drop drastically and the EMF goes off by two points, you know something's around you that you can't explain."

Sinatra has investigated a number of interesting locales over the years. Most recently, he and his team went to Allentown, Pennsylvania, where they investigated a landmark, the name of which Vincent says he can’t reveal: “I had to sign a waiver saying I could never mention the name of the place, but it was built back in the 1790s on an Indian [burial] ground. And there's been documented deaths there, suicide in the attic and a little girl drowned decades ago on the land.”

Sinatra insists paranormal investigation isn't for amateurs: "It's dangerous because you're meddling with powers you cannot compete with. You cannot defeat something you cannot see. Thank God I've never had a case where it was really a dark energy. I don't recommend anybody just picking up a recorder from Radio Shack and jumping into an abandoned building."

But this is precisely what I did when Vinnie asked me to tag along for his investigation of the Andrew Freedman Home in the Bronx. 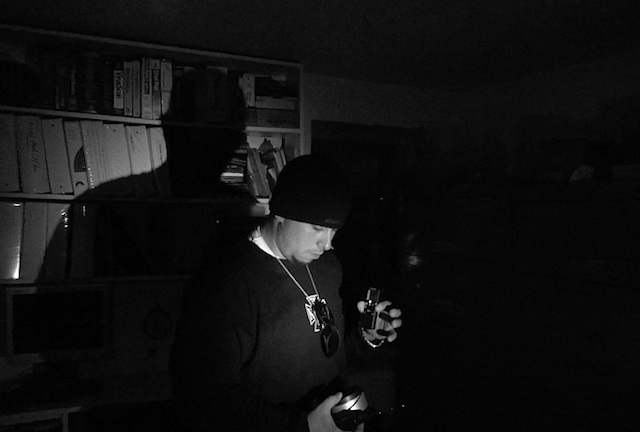 Andrew Freedman was a 19th-century American business magnate whose company, Interborough Rapid Transit, built the first subway lines. Having witnessed his wealthy parents lose their fortune, he conceived of the Andrew Freedman Home as a sort of retirement community for those who had lost their wealth but not their taste for the finer things in life.

The Home, a Renaissance-style palazzo on Grand Concourse, shut its doors in 1983, but was purchased by the Mid-Bronx Senior Citizens Council and turned into a residential facility for the elderly. In 2007, that too closed. Today, the first floor hosts a small bed and breakfast. Artists also lease space. The top three floors are derelict, decrepit, and closed to the public. But not to Vincent Sinatra.

On the night of the investigation, my girlfriend and I rented a Zipcar and drove up to the Bronx. Vincent met us at the entrance to the Home, past the imposing wrought-iron fence that surrounds the mansion. Vincent's crew numbered four, including Therese Relucio, a psychic and medium who was assisting the team for the first time. Also present was Baron Ambrosia, an urban explorer and TV host based in the Bronx. It was Ambrosia who suggested the Andrew Freedman Home to Vincent.

Lenny, the Home’s caretaker, let us in to locked rooms and told us some of the history of the site. Rounding out the cast were a camera crew who had been following Sinatra around for a documentary.

Sinatra and his team had already set up an array of night vision cameras on the top three floors, as well as a "command center" where he or another member of Paranormal 718 could watch all of the camera feeds simultaneously and stay in contact with the rest of the team.

Baron Ambrosia brought a cooler of Budweisers, but Therese, the medium, insisted that spirits did not appreciate drunkenness, so we never got to drink them, much to my disappointment. One of Vincent’s guests did bring an amazing assortment of snacks, however, so at least we weren’t hungry.

Therese said a short prayer before we began. Soberly, we traipsed through the pitch-dark halls, stepping over fallen plaster and stucco, avoiding garbage and loose boards. "It's very dangerous, not just on a spiritual level," Sinatra explained. "You're in these places filled with asbestos, filled with garbage and rats. There was a bum sleeping in one of these rooms once."

Therese went into each hallway and room and told us if there were any spirits about. Among others, she encountered Jennifer, who died young, from lung cancer; Lily (or possibly Leela) who’d had five sons, one of whom died in a war, and Robert, who was apparently kind of a jerk. Lenny, the caretaker, verified some of Therese’s findings and seemed generally impressed with their accuracy.

Sinatra's instruments detected sudden changes in the ambient temperature and electromagnetic fluctuations a couple of times, but I never saw any ghosts. He claims that his camera did capture several interesting EVPs (electronic voice phenomena) and visual anomalies.

"At frame 11:28:49, you will see a light anomaly appear from the ceiling, make a sharp turn right, shoot towards the camera," Vinny writes in an email accompanying the video below. "You can tell the difference with dust, it's lighter, slower and transparent. Also from the exit sign in the background to the camera is about 60 feet. I cannot say what we captured was a sprit, but I've never seen dust travel 60 ft in 3.4 seconds and make a sharp turn and light up like a light bulb."

You can decide for yourself whether you think they're paranormal or purely mundane.

Paranormal "light anomaly" or just Lint? from Gothamist on Vimeo.

You may not believe in paranormal activities, but Vincent Sinatra is just a man looking for answers in a universe that doesn't come with an instruction manual. He may be right, or he may be wrong, but he believes what he believes, and he has advice for his skeptics: "Come with me."

Taylor Wofford is a freelance writer. He also has opinions about 5 Pointz.

#ghost hunting
#paranormal
#queens
#longform
Do you know the scoop? Comment below or Send us a Tip