Faced with the increasingly dire threat of catastrophic climate change in their lifetimes, a new generation of activists are taking to the streets, and sending a message to policymakers and other complacent adults that the "status quo" is no longer acceptable.

On Saturday, thousands of young people will march in Manhattan (and several other cities across the country) with a list of concrete goals, including full divestment from fossil fuels and exposing any elected official who does not reject money from fossil fuel executives and lobbyists. The demonstration—scheduled to begin at 11 a.m. on July 21st in Columbus Circle—will be the first action from Zero Hour, a new activist group focused on climate justice and founded by teenagers.

Ahead of this weekend's event, we spoke by phone with recent Beacon High School graduate and NYC March Co-organizer Ilana Cohen about her reasons for marching, the long-term goals of the climate movement, and the ways in which our current political moment is transforming a new generation into powerful and uncompromising change-makers.

What are you hoping to accomplish with this week's Climate March, and more generally, how do you think young people can bring greater attention to environmental issues?

We're calling for a divestment of both public and private funds from the fossil fuel industry and for a fossil-fuel-free future and a just transition to renewable energy. And obviously more specific demands under that.

In a more conceptual sense, the goal is really to galvanize people around the country. I think that putting youth at the forefront of this march is really important. There's going to be adult allies, and I'm sure that there will be lawmakers and public figures participating. We're welcoming that, but ultimately I think there is something really unique about showing that young people are not going to let go of the issue of climate change.

We are calling upon the generations before us—who have in many ways contributed to this issue that we've grown up already having, as opposed to growing into, if that makes sense—calling upon them to take responsibility as well. Calling upon our legislators to act in our interest as we grow up in an ever-warming and ever-changing planet. The goal is to shed a light on that and I think also to get students engaged in the issue of climate change and then environmental activism beyond this one day. 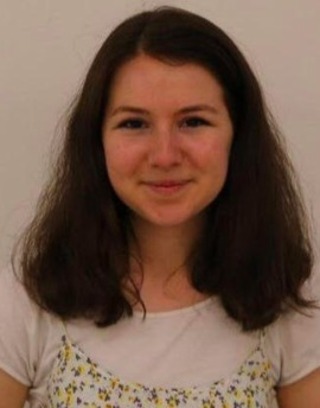 (Provided by Ilana Cohen)
It does feel as though your generation has a unique insight into this issue, considering that—if things keep going at this rate—it will be you and your children who will see these devastating consequences predicted for the end of this century. Has that given people your age a special urgency to act?

The weather and the temperature are breaking records every year, like hottest year on record, and the effects are becoming ever more palpable. In the US, we might be more detached from this larger issue of climate change that is definitely more visible in island nations, on low-lying land in coastal regions. There are so many effects, and they are only becoming worse. I think in that sense, our generation is facing a kind of more palpable reality of climate change.

I think also just over time, obviously, the science of climate change has become much more accepted. I think that more younger people are seeing climate change as this kind of universal issue, an issue of the century, that we have to start combating right now, as opposed to a kind of partisan debate or part of the political line that they're towing. It's a universal issue.

How does coming of age under this president—someone who is entirely out of step with the consensus on climate change—factor into young people's involvement in activism?

We have seen recently, with the gun control movement and #MeToo, a lot of big youth-led social justice oriented marches and demonstrations and increasing will to be involved and to be civically engaged. I think that some of that is attributable to having a presidential administration that in many ways neglects these kind of causes and turns a blind eye when there is social injustice. Obviously, there has been an incredible amount of turmoil—especially with the EPA and pulling out of the Paris Climate Accords—that definitely have contributed, I think, to a willingness of young people to get involved right now in the climate movement.

But I also think to some extent this is a universal issue that transcends party politics, that we're in for the long term. There is no way to get a just transition to renewable energy in the next year. This is a project we have to start now, but it will go on for decades. Ultimately, the goal is to achieve and maintain a much more sustainable way of life.

You mentioned these other youth-led activist movements, the most significant of which is the gun reform movement led by the Parkland school shooting survivors. Was that an inspiration here?

Yeah, I definitely think so. It's always inspiring to see so many students really putting themselves out there, and I think also just this idea of #VoteThemOut—that we are future voters, but we're also still much more than that. Young people have already amassed so much power in the streets and have proven themselves so capable of leading these kinds of movements. I definitely think the gun control movement was a perfect example of that, and in many ways, the kind of blossoming of that in at least the public eye and in the mainstream.

How did you first get involved in the climate movement?

As a high school senior I took a global environmental politics course as my second semester history elective, which really opened my eyes to a lot of what's been happening. I've always been interested in environmental justice, but it was never something that I necessarily thought of as my strand of public policy engagement until I took that course and realized the real magnitude of climate change in all of our lives, and I think the unique responsibility of our generation—Generation Z—to pick up the fight to combat climate change.

What do you say to someone who's not yet involved in this movement?

I think there are two different ways to answer that: One is this idea of climate change that affects us all—that is a prime reason that you, if you are not involved in the climate movement, should be, because it does affect you. Even if you're not living in Miami and you're not literally watching sea levels rise right before your eyes, you are affected by climate change. It does affect us all. If you value your way of life and the ways of life of those around you, I think that that's a reason to get involved.

I also think, and I think this is a harder argument to to make, but at least, personally, I really believe that we have a responsibility as world citizens to each other to act on climate change. For instance, in the US, we have one of the highest per capita carbon emissions. We obviously have made an enormous contribution to climate change just through the way that we live our lives on the daily, but many of us don't feel the effects of climate change, again, as much as people in island nations and developing nations do. That doesn't mean that we're not just as responsible for trying to combat climate change and reduce pollution as people who are seeing the effects of it are. We're much more responsible for that. We should be owning up to what our livelihoods are doing.

That's why pulling out of Paris is so troublesome too, because we are really part of an international community. We're part of a global community, and we have a responsibility to serve that community as well.

What happens after Saturday's march?

We're making a very concentrated effort in New York City to direct people after the march to the kinds of opportunities they can engage in, for however long, to get to another level of activism. We're partnering with Peoples Climate Movement and 350, and they all have upcoming events.

There's a big event that People's Climate Movement is planning for September. Those are events and movements that we want the students who come out on July 21st to engage themselves in—so that we have this body of students who are committed to combating climate change, both on a national, macro level, and more city, statewide, micro level.

We'll be publishing a post-march action guide, with these kinds of events and opportunities for volunteering and engaging and different aspects of the climate movement, because there are also so many ways that people can get involved. We've worked with a lot of artistic groups that have helped us make literature and signage for the march that's really beautiful and symbolic. We're also working with the Sunrise Movement, which really focuses on electoral politics and taking fossil fuel money out and putting into office candidates who have strong environmental agendas.

There are so many different avenues through which students can become involved, and especially for those high school students who will be showing up on July 21st who are recent graduates or who are about to graduate and go to college, like me, there is campus divestment, and there's an entirely new world of activism that we can engage in for a more sustainable world.