Meet The City's Tree Vendors, Part 5: If This Tree Stand's A Rockin'...

It's the holiday season, and we sent writer John Kuhner out to investigate who's hawking Christmas trees to the city's residents. In this series of posts you'll meet some of the more intriguing vendors—everyone from that guy in the red Porsche... to that guy who hasn't showered in weeks. Previously: Part 1, Part 2, Part 3, Part 4. 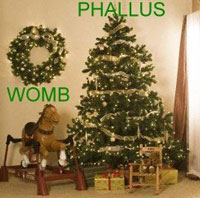 The Christmas tree, ethnologists and Bible-belters tell us, originated as a phallic symbol, so it’s no surprise that there are some shenanigans when burly Canadian men come into the apartments of eligible bachelorettes “to set up their trees.” One particularly handsome young Quebecer, who could barely speak English, was trying to enthuse to me about New York women in his fragmentary English: “The girls—they are like—‘You are to go home with me?’—and I am like, ‘Okay!’”

Another more eloquent seller: “One time the night-watchman banged on my door. I was just about to go to sleep. He said there were two girls—two girls!—who wanted a tree. I said, ‘Sell them a tree.’ He said, ‘They want you to deliver it.’ So I got up. And I delivered the tree for them! I don’t need to tell you any more than that!”

Our previously quoted treeseller-philosopher, “Pierre,” had a theory about this phenomenon. “Here in New York I see lots of women, they are in their thirties—beautiful girls!—and they are all single. I say, ‘How can this be?’ You New York men can’t all be fags! And they tell me—‘The guys in New York, they don’t know how to fuck, it’s like boom-boom and that’s all.’ You see America still has a tradition from England. They don’t know how to make love to a woman. And word has gotten around that we French men, we treat a woman right.”

However, asking around produced the odd conclusion that all the action was occurring in Manhattan, and specifically uptown. “That’s true,” said one Soho seller. “I had a girlfriend here in the city for a month once, but that was when I was working on the Upper East Side. Nothing going on down here.” Another Village seller agreed. “Nothing like that’s ever happened to me in six years. The closest thing we get to that, unfortunately, is the dildo shop.” He points to the sex-toys shop nearby, where he and his partner have an agreement to use the bathroom in exchange for a free tree. “We do kind of enjoy watching the people who go in and out of the shop… that’s kind of interesting. One time I saw a man literally push his wife through the door, he put his hands on her back and literally pushed her in. That was pretty funny.”

It seems it’s the uptown girls, however, who are ending up on Santa’s Naughty List. Does Pierre get involved himself in these sorts of affaires du couer? “I used to do things like that… but now I have a wife… she’s a very beautiful woman, you know? It wouldn’t be fair to her.” Wow. Maybe these Frenchmen really do know how to treat a lady.

#christmas
#christmas trees
#Meet The City's Tree Vendors
#phallic
#sex sells
#tree sellers
Do you know the scoop? Comment below or Send us a Tip