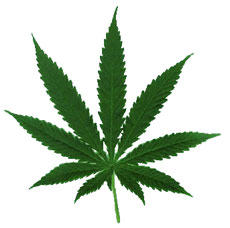 Can it be? The Sun reports that the Assembly "could pass a medical marijuana bill" this week, and the Senate will do the same. The lead sponsor of the Assembly's bill is Manhattan Assemblyman Richard Gottfried, who said, "There are thousands of New Yorkers who suffer from serious medical conditions who could have a better quality and longer life."

Various people, including Manhattan DA Robert Morgenthau and Montel Williams, have supported the legalization of marijuana for medicinal purposes for the past few years, but NY State backed away from passing a law when the Supreme Court allowed the prosecution of medical marijuana in 2005. The Sun points out that now, with a medical marijuana bill on the Connecticut governor's desk, momentum has been growing for states to determine medical marijuana legislation. However, it's unclear whether Governor Spitzer will sign any bills - he surprised many people last year when he voiced opposition to medical marijuana.

For more information, check out the Marijuana Policy Project's NY state page. This spring, a 71-year-old cancer survivor was arrested for buying pot, which she credits with helping her appetite. The Bronx DA didn't press charges, claiming a lack of the proper paperwork.