The fate of McCarren Park Pool turned around after being landmarked and given a $50 million gift from Bloomberg, yet its future look is still up in the air. Following the February 4th meeting, last night another Community Board meeting was held to discuss The Pool. This time architects Rogers Marvel and The Parks Department were on hand to present conceptual plans. Curbed has the reveal, but they note the renderings are merely "draft images and, of course, the redesign has to be approved by the Landmarks Preservation Commission." 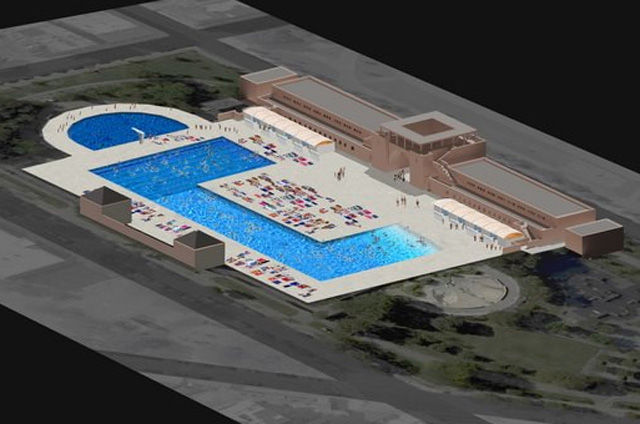 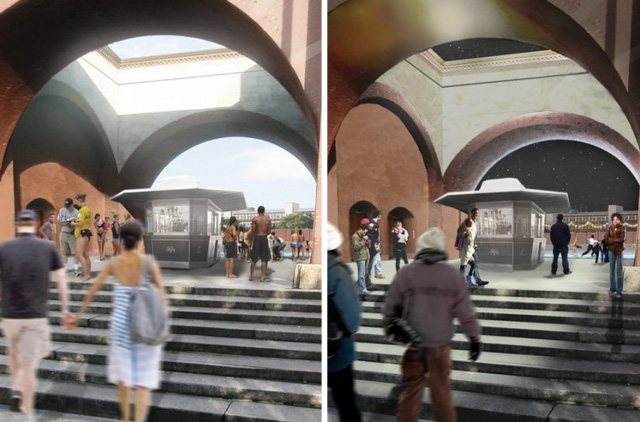 Renderings of McCarren Park Pool entrance and redesigned kiosk at day/night and summer/winter. 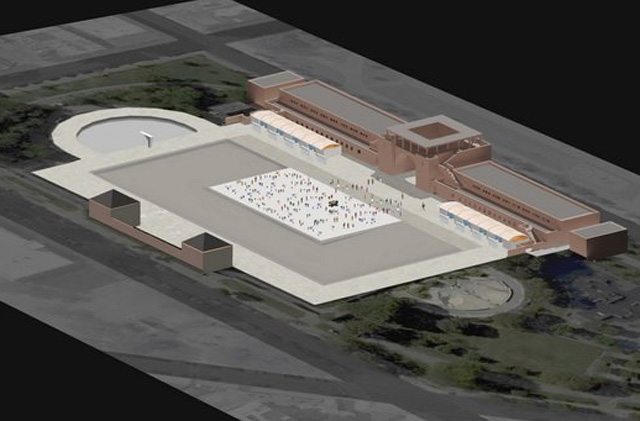 So far, aside from the water/ice, it looks pretty much the same as it does now...albeit with shiny, new kiosks. With the renovations will come other changes, and it's looking like this will be the last year of concerts there. After the jump read a letter sent out by JellyNYC, who put on the summer shows and are currently looking for an alternative venue to hold them starting in 2009.

JELLYNYC is in FULL support of the renovation of the pool but does find the process a bit baffling with regards to how Parks and designers decided not to pay any attention to the surveys that were submitted. Our goal is and has always been to see the space renovated and turned into a functioning space that represents the needs and wants of the community. That having been said, we will be in attendance on Wednesday and what we and others will be bringing to the table is the need for their to be an alternative site for large scale concerts and other events to occur for summer 2009 - the waterfront, Bushwick Inlet. We are not asking for a bandshell or anything like that, a large concrete slab on the water is fine so long as it can accommodate 5,000+ people. The plans for the Bushwick Inlet, from what I have been told, were conceptualized by Parks in 2006, prior to the concerts and movies in the pool. These plans must be reconsidered and take into account the thousands of people who filled out surveys, and lived here long before the million dollar condos went up poolside. The area is predominantly non residential so it would be a perfect location for large scale events with amplified audio to occur frequently throughout the summer.