McCarren Park Expansion Plan Would Gobble Up Street And Parking

Brooklyn's McCarren Park may be expanding. The Open Space Alliance and city's Parks Department came before Community Board 1's Land Use Committee last night to jointly discuss "demapping" Union Avenue between North 12th Street and Driggs Avenue, linking two chunks of the park for an additional 33,850 square-feet of space that could be used for kickball and dodgeball and artisanal composting classes.

Greenpoint and Williamsburg are neighborhoods notoriously short on green space, and the additional three quarters of an acre would be a boon to families and residents longing for an extra patch of grass to lounge upon, argued Colleen Alderson, a representative from the Parks Department. The street is already closed on Saturdays for a year-round farmers market. 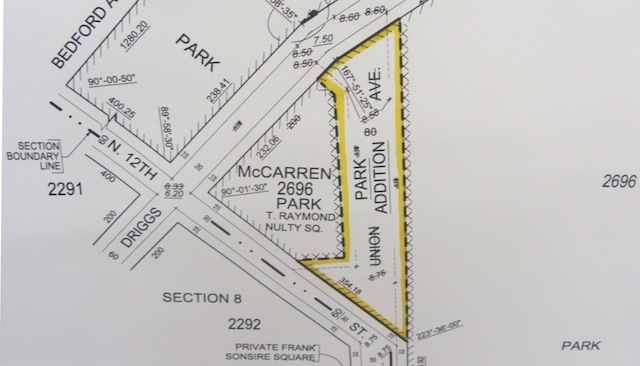 The bone of contention, as always, is the parking. Yes, Virginia, closing that portion of Union Avenue would result in the vicious slaughter of innocent spaces—34, to be exact. But Alderson insists there are perfectly viable parking spaces hidden all over the place, parking spaces just waiting to be freed from obsolete signage and non-functioning fire hydrants.

Edward Janoff, the executive director of the Open Space Alliance, said a "walk-through" with the DOT to identify such potential hidden spaces was planned for next week. Though he said he can't say for sure precisely how many spaces will be uncovered, he's "optimistic" that there will be at least 34 within a few blocks' radius of the park. He agreed to have a more precise count delivered to the committee by the end of the month.

The proposal still has to go before the full Community Board, which next meets on April 9. Even if the board does approve the demapping, the process of actually building out the park could take up to four years, though it could nevertheless be turned into an interim space—with benches, picnic tables and the like—much sooner.

#community board 1
#dot
#mccarren park
#open space alliance
#original
Do you know the scoop? Comment below or Send us a Tip