McCain Releases His Tax Returns, But Not His Wife's 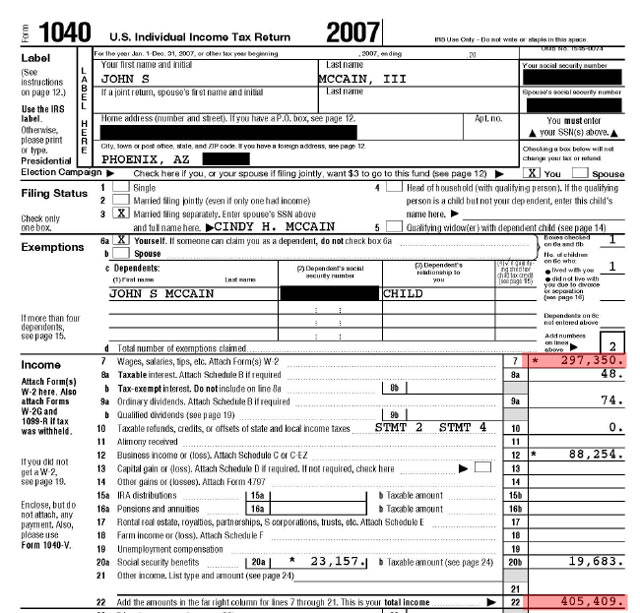 Presumptive Republican presidential nominee John McCain released his tax returns for 2006 and 2007 yesterday, but most attention is on his wife Cindy's wealth. The Arizona Senator made $405,409 (including $23,157 in Social Security!) last year and $358,414 in 2006, but returns for Cindy McCain, chairman of Hensley & Company, a Phoenix-based Anheuser-Busch distributor, weren't released.

The McCain campaign says Cindy McCain's returns were not released because of privacy concerns but Democratic National Committee chairman Howard Dean said of "John McCain's lack of transparency is troubling and raises questions about what he's hiding." Barack Obama released his recent tax returns on Wednesday, while Hillary Clinton released many years of returns earlier this month.