Mayor B's Not Running for Prez, But is Running Iowa Ads 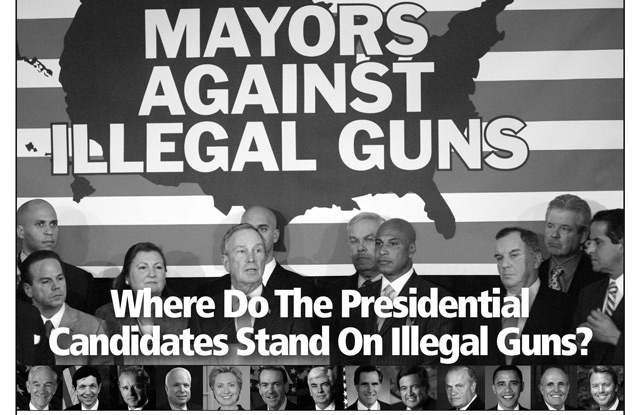 Mayor Bloomberg still claims he's not running for President, but he's spending thousands of dollars to run a full page ad in The Des Moines Register--Iowa's largest circulation local paper--with his face on it. One can see the full ad here. The Mayor also placed an identical ad in The New Hampshire Union Leader. We're running this ad to the Bat Cave, to see if there are any subliminal "Mike Bloomberg '08" messages!

According to WNBC, the ads cost $22,200 and were paid for by Mayors Against Illegal Guns Inc., a group founded and funded by billionaire Bloomberg. The copy of the ad compares the daily toll of gun violence to the equivalent of a Virginia Tech massacre every day and puts candidates of both parties on the spot, asking whether they support restricting gun sales to terrorists and increasing penalties for people found guilty of illegal gun trafficking.

Separately, the city's Conflicts of Interest Board decided to give the Mayor some leeway on what type of investments he could pursue with his billions of dollars, much of it under the auspices of his charitable foundation. The board agreed to let the Mayor invest more aggressively by buying into hedge funds and publicly held corporations, but he cannot know the identities of those doing the investing.