Mayor Bloomberg Not a Fan of Plaxico's Actions 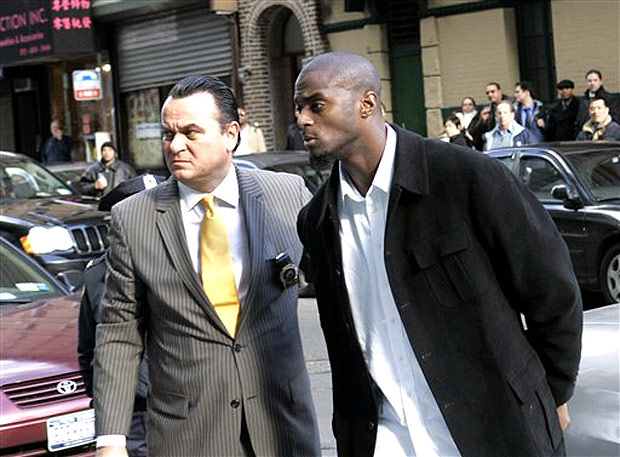 Mayor Bloomberg had very harsh words for Giants wide receiver Plaxico Burress, who turned himself in to the police today (after shooting himself in the thigh at a nightclub on Friday). The mayor took some time out to discuss the matter; the Post has quotes:

"The police only found out about this because of a story on television. The hospital didn't call and the Giants didn't call," he said. "The Giants should have picked up the phone right away as good corporate citizens. I don't care if there's a legal responsibility for them to do it.

"They are a team that is here in this region - I know they're in New Jersey but it's the New York Giants - and they have a responsibility as a team that depends on the public and wants to be a role model for the public.

"So the police certainly didn't have any knowledge in advance and once they found out about it they right away went after it."

Bloomberg added, "I think it is also an outrage the hospital didn't do what they're legally required to do. It's a misdemeanor. It's a chargeable offense," referring to how New York Presbyterian/Weill Cornell didn't contact the police to say they were treating a gunshot wound.

"I think that the district attorney should certainly go after the management of this hospital. The lame excuse that they didn't know - this is a world class hospital in a city where we all know what goes on in the streets of our city and we all should be working together to get guns off our streets. There's a reason why hospitals are required by law to immediately call the police department. They didn't and they should make sure that they people who didn't no longer work there and I would question why the management didn't have training in place and didn't discipline them immediately."

TMZ, which has video of Burress in handcuffs, spoke to a source who said the player "looked really, really down ... shellshocked." And his bail was set at $100,000; the grand jury hearing is scheduled for March 31.