A copper thief (or thieves) are responsible for this morning's A train meltdown, the MTA has announced. At least 500 feet of cable was stolen—presumably to be sold for scrap—from some 12 locations along the A train tracks near Howard Beach. The MTA says the theft caused subsequent damage to signal equipment after electrical current was unable to flow through the cable. 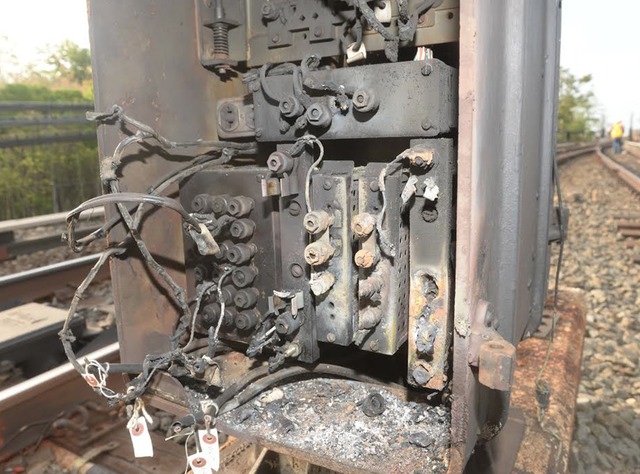 "This morning’s service disruption was directly caused by the theft of cable from along the subway right of way," said MTA New York City Transit President Carmen Bianco. "This led to delays and crowding along all 31 miles of the A train, and forced thousands of Rockaways customers to use shuttle buses to get to work. We are working closely with the NYPD Transit Bureau to help them investigate this crime and identify the culprits responsible."

Vital A train service between Far Rockaway and the rest of the city was suspended as a result of the theft, but the MTA says service is slowly resuming this morning. However, delays are expected across the A and C lines throughout the day, and shuttle buses will continue until service fully resumes through the Rockaways.

The MTA says service will be fully suspended and replaced by shuttle buses again tonight for more emergency repair work. From the announcement:

This crime also disrupted service along the entire length of the A and C lines. Subway trains stored in the Rockaway Park yard are trapped there and cannot be used for service. Trains in service on the A line cannot use the terminals at Far Rockaway-Mott Av and Rockaway Park-Beach 116 St to turn around, further limiting capacity along the line. Some A trains are terminating at Euclid Av, where the C usually terminates, forcing a reduction in C service as well. The A and C lines carry 775,000 approximately customers per day, including 100,000 in the morning rush hour. The majority of those customers experienced delays and/or crowding due to this crime. The A train carries about 40,000 customers to and from the Rockaways each day, including 3,700 to Manhattan during the morning rush, none of whom were able to use the subways.