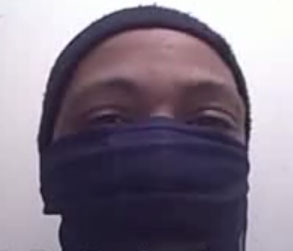 The FBI arrested Manhattan resident Anton Dunn today after he posted a series of videos on YouTube in which he claims to have used an employee at Gerber to poison baby food with cyanide. The Post reports that Gerber has been receiving a flood of calls since the videos first appeared on YouTube; the feds say Dunn wore a ski mask and boasted of a “plan in motion” to kill black babies, while also acknowledging that white babies would die as well.

Dunn is charged with sending threats in interstate commerce and one count of falsely claiming to have tampered with a consumer product. For the record, Gerber has found no evidence of poisoning and the FDA has received no reports of death or injury resulting from eating Gerber baby food, according to WNBC.

And the Post adds that this isn’t Dunn’s first foray into disturbing video content; he’s reportedly posted “dozens of other disgusting videos over the years as well, including one in which he boasts of stabbing someone to death and killing another person with a tire iron.” One such video, in which he reads off a list of women he claims to have infected with HIV, is posted after the jump. (Be warned – it's no "Leave Britney Alone.")

#anton dunn
#arrested
#baby food
#gerber
#poison
#youtube
Do you know the scoop? Comment below or Send us a Tip