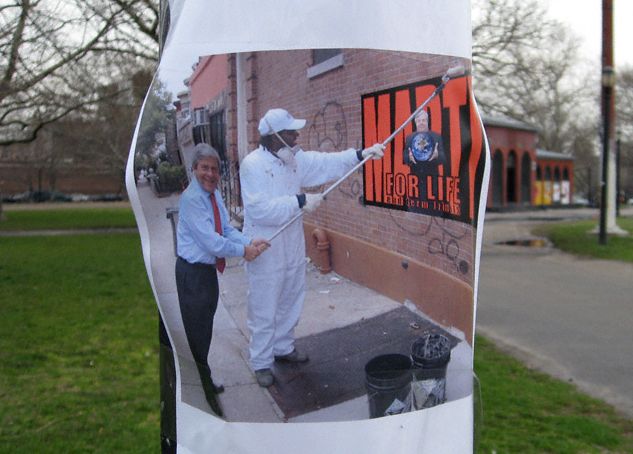 Congestion pricing is toast, and so is Bloomberg’s “legacy,” so let’s start talking about the city’s next mayor. Brooklyn Borough President Marty Markowitz says he’s not yet made up his mind about running, but, judging from this peculiar photo, eliminating mayoral term limits must be at the top of his agenda. Or is "Marty for Life" just an innocent campaign slogan? If so, it’s a lot catchier than the one Markowitz recently tested out on a reporter: “Keep it safe, keep it clean, keep it working.” Keep it boring!

If elected, Markowitz says one of his first moves would be to press Washington to designate New York City “a national city” – though many New Yorkers would rather see New York secede. And lest you think Marty doesn’t stand a chance against Democratic rivals like Big Tony Weiner, Christine “Mighty” Quinn and William “Comptrol-freak” Thompson, consider the results of a February poll that put Marty in first place.