200 bags of crack were found inside an oven in a drug stash house in Brownsville yesterday during a raid that resulted in 14 arrests. Investigators say the apartment was in the same building where a teenager allegedly shot and killed Zuranna Horton from the roof as she shielded children from gunfire outside an elementary school. A search of the apartment also yielded three loaded handguns—a 9mm, a .380 caliber and a .40 caliber with a high capacity magazine—as well as individual packages of marijuana that were sealed inside Sour Patch Kid candy wrapping.

The new arrests are the culmination of a nine-month investigation, dubbed Operation “In the Ville,” in which undercover officers made 69 purchases of crack-cocaine for approximately $4,000. Many of the drug traffickers in this case were in their late teens and early 20s, according to a press release from the Special Narcotics Prosecutor. None of the defendants who were arrested yesterday were charged in the Horton murder, but the building, located at 1800 Pitkin Avenue, is home to a young gang that calls itself "8 block."

Police say the drug dealers operated in hallways and staircases inside the building, and also sold drugs inside a nearby laundromat and Chinese restaurant. The youngest of those who were indicted yesterday, Sharieff Jacobs, is just 17 years old. 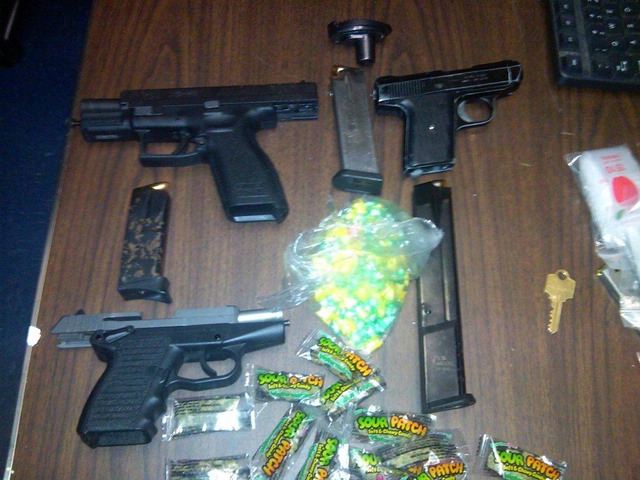 #brooklyn
#brownsville
#crack
#drugs
#zuranna horton
Do you know the scoop? Comment below or Send us a Tip