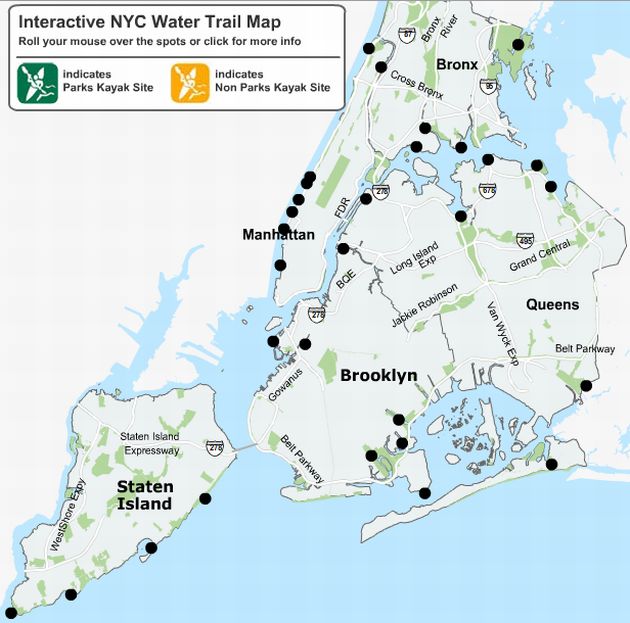 Commuting by canoe gets a little easier today as the Parks Department launches the NYC Water Trail Map & Guide. The Parks website features the first interactive map of the citywide water trail system, with detailed information about 28 locations where you can launch a kayak, canoe or retro submarine.

Volunteers from various kayak/canoe clubs helped the Parks Department gather information about launch and landing areas throughout New York; the map has detailed info – which will be continually updated – with directions to each site, nearby amenities, where to paddle, and other tips.

#canoe
#kayak
#landing
#launch
#new york city
#NYC Water Trail Map & Guide
#parks department
#site
#where to
Do you know the scoop? Comment below or Send us a Tip