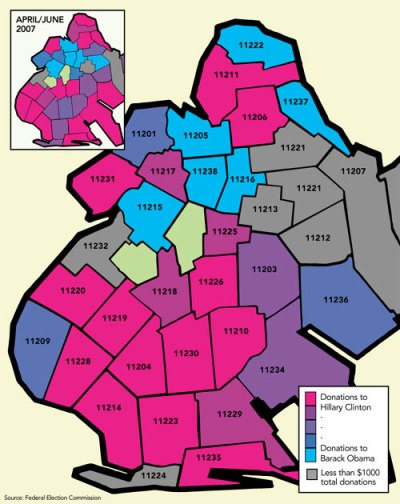 Map from The Brooklyn Paper

The Brooklyn Paper has an interesting map showing how Brooklyn's donations to Clinton and Obama have changed over the past year. Gersh Kuntzman writes, "Just-released campaign finance filings that cover the second half of 2007 show that Obama made strong inroads into 'Hillary Country,' specifically turning Brooklyn Heights, Bay Ridge, Bushwick, Canarsie and Greenpoint from Hillary red to Barack blue." In total for Brooklyn, Obama has raised almost $600,000, whereas Clinton raised $726,524.

And here's a NY Times map of how New York City Democrats voted on Super Tuesday: 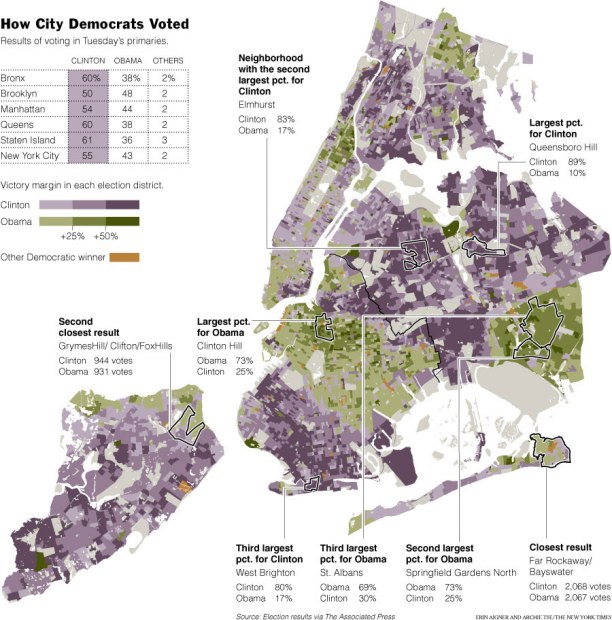 Map from the NY Times

Of course, not every donor voted on Tuesday and not every voter donated to a candidate, but the maps seem to match up.

Right now, some polls show Clinton leads in Ohio and Pennsylvania while others present a mixed picture in Texas.