If you're paying for an unlimited MetroCard but only using the subway trains to get around, you're ripping yourself off. Don't you realize that access to hundreds of city bus routes is included in the price, and that some of them may even take you where you want to go?

New Yorkers' persistent allergy to riding the bus is part of the inspiration behind Anthony Denaro's new transit map, which imposes a carefully-structured chart of the MTA's sprawling bus system over subway lines and points out the intersections where transferring (for free!) from one to the other is most convenient. The map's goal is to show the full transportation power of a MetroCard, empower neighborhoods underserved by the subway system, and demystify bus routes to those who rarely even consider them as a means of transportation.

In a Medium post, Denaro describes his "long slow journey" of making the new maps. He recalls staring at the subway map while waiting late at night for a bus transfer en route to Jamaica, Queens. It got him wondering why the train map is so ubiquitous, while bus maps are rarely seen outside of buses themselves. "When you're standing around waiting for a bus, there aren't maps. In Jamaica, Pelham Bay Park, or Flushing, the biggest bus hubs in the city, you won’t find bus maps near the bus stops. Then the thought hit me: If I can transfer to the bus for free, why isn't there a map that shows where to connect with buses? Why does the system map only show subways?" 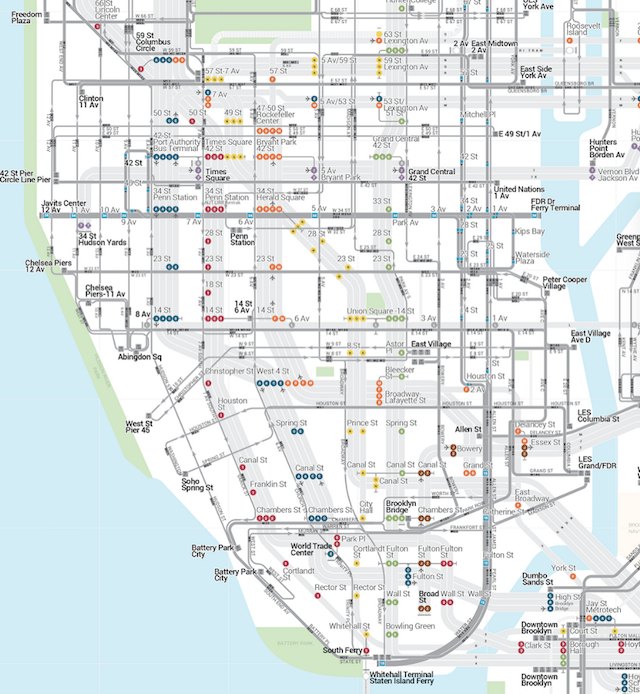 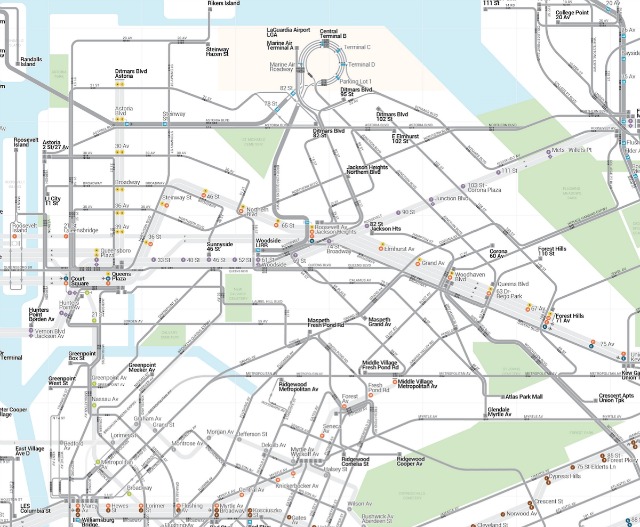 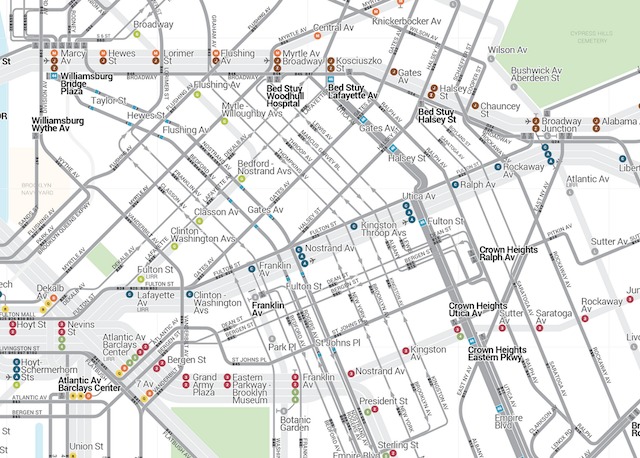 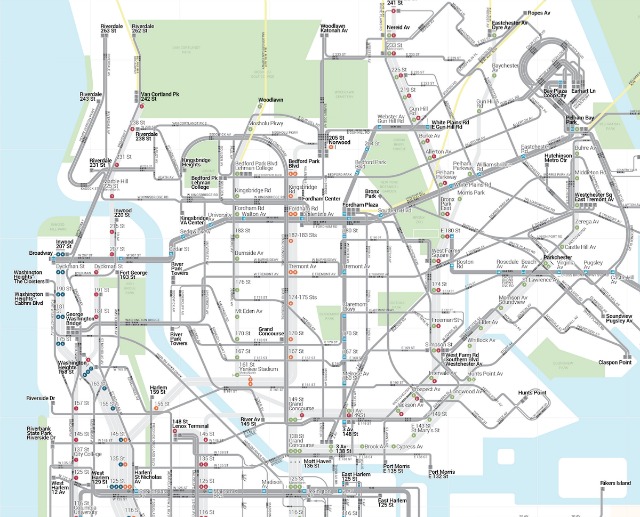 The new maps work to present bus routes and subway lines as one symbiotic transit system. In doing so, Denaro scaled back the information overload of the MTA's current bus maps and only included what he deemed to be the most-essential notes about where buses like the B57 and B62 run parallel, and where you can switch from the D train to the BX1. "The system has never been presented as one. The MTA rarely advertises the fare integration between subway and bus. It doesn't announce transfers to bus lines at subway stations. It doesn't have a single map that shows all of it's services together."

When viewed in comparison to the MTA's current subway map it's obvious that Denaro's new designs look crowded and impossibly complicated. But the reality is that they show the full capabilities of our public transit system, and after studying them for a few minutes it becomes easy to find solutions to travel problems the subway can't solve. With the subway system imposed over the bus routes, it's easier to find points of reference and better understand buses as a direct and affordable transit option (plus, they'll soon have WiFi).

Denaro is up-front about these maps are hugely unforgiving for those without pre-existing knowledge of the MTA system, and that tourists looking for the easiest route from their Bushwick Air BnBs to Times Square will likely find them unintelligible. "My audience is people who live in NYC and who frequently ride the transit system," he writes.

"Millions of NYC residents live beyond a 15 minute walk to a subway station. Hundreds of thousands of people start their commute by boarding a bus and then transferring to the subway. This is a map for us."