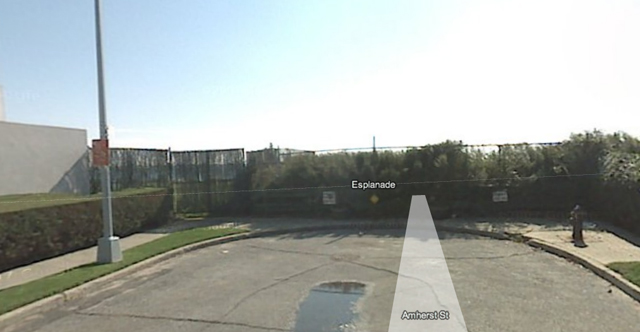 A new (old) beach way for Brooklyn? The Post reports that local leaders are setting their sights on reopening the Manhattan Beach esplanade. Though the seven-block stretch has been around since the 1800s it has has been closed off to non-shorefront homeowners since a 1993 court order, and has been a point of contention since 1987 when one property owner, the late Jack Laboz, blocked access to the concrete walkway with a six-foot fence (that'd be what you see above). The current push to bring back access to the beach East of Brighton comes with the city's ongoing Vision 2020 push to revitalize the waterfront (other plans recreational access to other beaches and the return of ferry service to 39th Street, 69th Street and Steeplechase Piers). Of course, just because the city would like to bring back public access to the esplanade (the beach is only swimmable at lowtide) it doesn't mean it will happen by Summer 2011. A change like that would require the '93 ruling to be overturned – something we're sure some of the 800 local residents who have gotten used to their quiet are sure to make some noise about.

#brooklyn
#manhattan beach
#Vision 2020
#waterfront
Do you know the scoop? Comment below or Send us a Tip