On July 1st, less than four days before he fatally shot NYPD Officer Misotos Familia in the Bronx, Queens man Alexander Bonds checked into St. Barnabas Hospital for psychiatric treatment, according to the NYPD. Chief of Detectives Robert Boyce discussed Bonds's actions leading up to the fatal July 5th shooting on Thursday, during a swearing in ceremony for new police officers, DNAInfo reports.

"He began acting erratically in the last two weeks or so, he was paranoid that police were following him and he felt EMS was also following him," Boyce told reporters.

Thirty-four-year-old Bonds, who reportedly suffered from depression and experienced psychotic breakdowns, was hospitalized for a "seven-to-eight-hour period" on July 1st, according to St. Barnabas spokesman Steven Clark. During that time he was observed in the emergency room, Clark added. 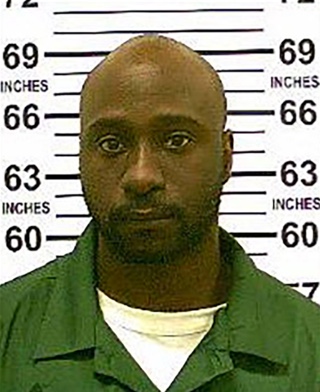 Governor Andrew Cuomo said Thursday that the state Department of Health and Office of Mental Health will launch a review of St. Barnabas's "actions and policies in admitting, treating and discharging this individual."

"Reports that the individual responsible for the death of Officer Miosotis Familia sought a psychiatric exam, and was quickly released from hospital care only days before this horrific attack raise many questions," Cuomo stated.

"We believe all mental health procedures and safeguards were properly followed in the hospital's evaluation of Mr. Bonds," Clark said. "We welcome any investigation and will fully cooperate."

Police also received a call regarding Bonds hours before the shooting, according to the NYPD. Bonds allegedly left his apartment around 10:00 p.m. on July 4th, Boyce said. His girlfriend called 911 to report that he was acting erratically, prompting an ambulance and officer from the Emergency Service Unit, trained to respond to individuals with mental illness, to pursue him for 30 minutes along Westchester Avenue, according to the NY Times.

"She specifically said he was unarmed and acting a little off, but he was harmless," Boyce said.

The team reportedly lost track of Bonds at Trinity and Westchester avenues, roughly a mile from the spot where he shot Familia inside of a mobile command station near the corner of Morris Avenue and East 183rd Street.

Bonds shot Familia, a 48-year-old mother of three, in the head around 12:30 a.m. Bonds himself was shot and killed by police after fleeing the scene. Responding officers shot him after he pulled a silver revolver out mid-chase, according to the NYPD.

The NY Times this week interviewed Bonds's sister, Ryan Kearse, who said Bonds struggled with psychotic breakdowns exacerbated by eight years in prison following a robbery conviction. He was often placed in solitary confinement, she said, and recalled being beaten by guards. He was admitted to Bellevue Hospital Center at least once in the last year. "My brother was sick," she told the paper.

On Thursday, Mayor de Blasio announced a new $1.3 million investment in bullet-resistant door panels and window inserts for patrol cars. This adds to $6.8 million allocated in 2014 following the deaths of two uniformed police officers in a patrol car in Bed-Stuy.

Mayor de Blasio launched an initiative in 2015 to provide the NYPD with backup on the beat from clinicians who specialize in mental health issues. Beat cops are also being trained to respond to emotionally disturbed individuals, though a recent report from the Department of Investigation found that the department has struggled to implement this training into everyday policing.

#alexander bonds
#mental health
#Misotos Familia
Do you know the scoop? Comment below or Send us a Tip