The man who filmed a police officer choking Staten Island man to death last month was arrested on Saturday. In a statement released to the media last night, the NYPD announced that Ramsey Orta, 22, allegedly tried to hide a gun on a teen girl.

According to the NYPD, at 9:45 p.m. on August 2, members of the "Staten Island Narcotics Module" saw Orta talking to a 17-year-old girl at Bay Street and Victory Boulevard. Cops say the pair walked into "the Hotel Richmond, a known drug prone location, located at 71 Central Avenue. The two suspects are inside only for moments and then depart."

Then, police say, plainclothes cops with their shields out approached the two, but Orta slipped an item into the girl's waistband. The officers then "took control of the two" and found an unloaded .25 caliber Norton handgun on her. 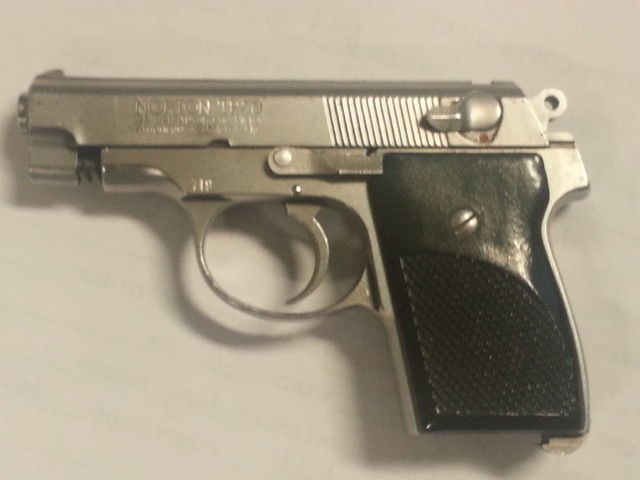 Orta's family says he's been a target for the NYPD, after sharing the distressing video he took of police officers putting Eric Garner into a chokehold on July 17. Cops pulled Garner to the ground after he told them, "Every time you see me you want to mess with me. I’m tired of it. It stops today!" 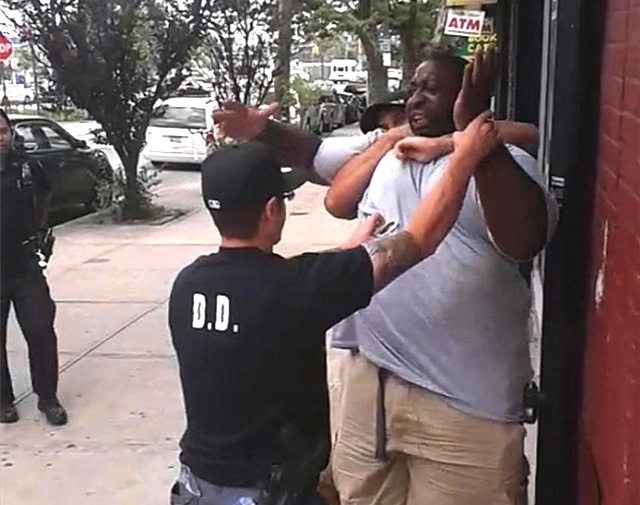 While on the ground, with cops pulling his arms behind his back and still in a chokehold, Garner repeatedly said, "I can't breathe." Garner died at a hospital, and his death was ruled a homicide.

Orta's wife Chrissie Ortiz told the Staten Island Advance, "They park across the street, they follow him. I'm speaking [about] the NYPD. It's obvious. Once they rule this a homicide, now you all of a sudden find something on him? Come on, let's be realistic. Even the dumbest criminal would know not to be doing something like that outside. So the whole story doesn't fit at all."

Ortiz told the Post, "I knew something like this was going to happen. Ever since he took that video the police have been targeting us, so I’ve told him over and over: ‘Keep your ass inside the house.’ If I find out that it’s true that they came out of that hotel together, I’m gonna beat his ass." Apparently Lekaj confessed that Orta sold her pot and they were going to a hotel to get high.

The Post reports that when arrested, Orta said to his wife during a phone call, "I got arrested. Call Al Sharpton right away!" and said to cops, "You’re only mad because I filmed your boy," referring to Officer Daniel Pantaleo who administered the prohibited chokehold.

One law enforcement source told the Post, "Here’s their star witness, and he’s nothing but a criminal himself." Patrolmen's Benevolent Association president Patrick Lynch crowed, "It is criminals like Mr. Orta who carry illegal firearms who stand to benefit the most by demonizing the good work of police officers."

The NYPD occasionally sends out detailed press releases regarding "good arrests" on weapons charges, so a press release of this nature, while somewhat rare, is not entirely uncommon.

Sharpton said the arrest didn't matter, telling the media, "No one is questioning the validity of the tape and the medical examiner has validated it."

#eric garner
#gun arrest
#gun violence
#nypd
#Ramsey Orta
Do you know the scoop? Comment below or Send us a Tip
A new Gothamist is coming! We’ve moved comments over to our beta site. Click here to join the conversation and get a preview of our new website.