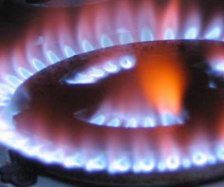 Who do you sue when you get badly burned after lighting your cigarette with a stove's burner? Well, if you're Staten Island resident Joel Lederman, you'll sue Macy's because it sold a dangerous shirt.

The Staten Island Advance reports that Lederman filed a lawsuit against Macy's for selling a "light-blue, 100-percent cotton Club Room by Charter Club T-shirt " which had a chemical finish that "behaved as an accelerant." The lawsuit claims the shirt was "dangerous, hazardous and unsafe as manufactured."

The incident occurred four years ago; Lederman's wife found him "in trauma" and he suffered serious burns that required two surgeries and weeks at the Staten Island University Hospital's burn unit. His lawyer says tests show the shirt's finish was highly flammable (but he refused to release the findings to the Advance). And the Advance points out:

Most clothing will burn and can be ignited by a flame or heat source...Under the Code of Federal Regulations, clothing cannot be marketed if it is so highly flammable as to be dangerous when worn. Clothing does not meet federal standards if it ignites too quickly or burns too rapidly.

It should take more than a second to ignite and 3.5 seconds or more for a flame to spread on a plain-surface garment, according to the code.

Macy's said it could not comment on pending litigation.

#fire
#flammable shirt
#lawsuit
#macy's
#staten island
#stove
Do you know the scoop? Comment below or Send us a Tip