Man Stabbed By Roommate On Upper West Side

A man was allegedly stabbed by his roommate on the Upper West Side last night. Police say that the 47-year-old victim was stabbed multiple times in the neck, face and torso around 1:40 a.m. at their 94th Street SRO apartment near Riverside Drive. Police found him in the hallway of the building when they arrived. 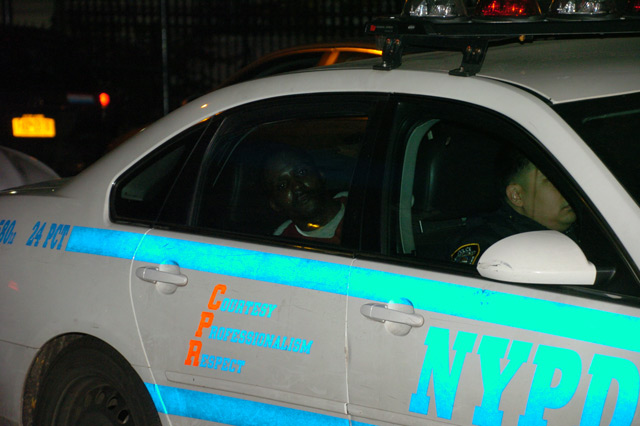 The News identified the alleged stabber as the victim's roommate. The victim was taken to St. Luke's Hospital in critical condition; the roommate, also in his 40s, has been taken into custody. Cops confirmed he has been arrested but couldn't say what the charges are yet. They add that the investigation is ongoing.

The stabbing took place about a block away from another UWS stabbing this week. Jairo DeLeon, a 26-year-old with 29 prior arrests, was charged with felony assault for stabbing a building worker from the nearby Pomander Walk apartment complex. Police do not believe DeLeon knew the victim in that incident.

Officials recovered 57 firearms, 51 of which were ghost guns including assault weapons, machine guns and semiautomatic pistols.