People take their Sunday night television dramas very seriously and not everyone will walk away from an episode feeling the same way you do, but holy hell that is not a reason to shoot them in the back with a rifle! Which is exactly what 26-year-old Long Island man Jared Gurman is accused of doing to his girlfriend after watching the mid-season finale of The Walking Dead on Sunday. 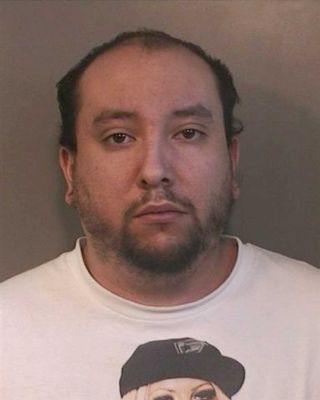 Jared Gurman is accused of shooting his girlfriend in the back (NCPD).

According to reports Gurman and his girlfriend began arguing on Sunday night after the hit AMC zombie drama ended. Apparently the couple disagreed as to the plausibility of a real life zombie outbreak. "He feels strongly about the possibility that some military mishap could occur. She thinks it’s ridiculous,” Nassau County Detective Lt. Raymond Cote explained. “She was not taking him seriously or taking the show as seriously as he does.”

Upset over the argument, the girlfriend left (if only they'd just watched Homeland), but continued to fight over text messages. Finally, concerned over Gurman's mental state, she returned to the apartment to calm him down. But when she arrived the zombie believer was outside with a .22 caliber rifle.

"She tried to diffuse the situation and calm him down and told him, 'Let's just go to bed,'" Cote said.
The victim walked up the stairs to the apartment when Gurman pointed the rifle and fired one round into the middle of her back, police said.
"The rifle went off accidentally," Gurman's attorney, Edward L. Lieberman, said after the arraignment in First District Court in Hempstead.

Around 2:40 a.m. Gurman took the 26-year-old young woman to the Long Island Jewish Medical Center where she is still in stable condition (despite still having a bullet in her body). Gurman, meanwhile, was promptly arrested and charged with attempted murder. He was since ordered jailed without bail.

In the opening sequence of The Walking Dead the main character wakes up to eventually find out his wife has left him for another man. Here's hoping Gurman's alleged victim wakes up to find herself another one.

#crime
#long island
#the walking dead
#zombies
Do you know the scoop? Comment below or Send us a Tip