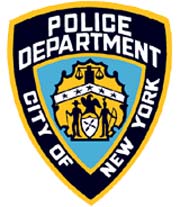 The Queens DA's office says a man posed as a police officer and raped a woman in Flushing on Thursday morning.

The suspect, 35-year-old Anthony Lane, is accused of using a fake police badge--actually a Department of Sanitation badge (Lane is not a DoS employee)--and saying, "Open the door, I'm the police." When the woman opened the door, NY1 reports "Lane allegedly grabbed the woman by her hair and forced her onto her bed."

According to the Post, after raping the woman, Lane "allegedly ordered her to get him a beer. She complied, and after he drank it, he allegedly raped the woman a second time. After that, he demanded and got another beer and raped her a third time."

Finally, when Lane, who also stole money from the victim, left the house, but the woman chased him. A neighbor helped her chase Lane, who was yelling, "Get out of my way--police," and held him until the cops arrived. Lane was charged with rape, burglary and police impersonation--he also had handcuffs and a police scanner.