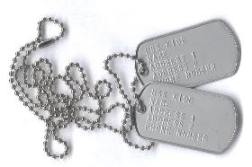 Prosecutors painted a disturbing story of how 20-year-old Boitumelo McCallum was killed by a boyfriend. Last month, McCallum's body was found in her mother's Washington Square Village apartment, and quickly police zeroed in on her boyfriend, Michael Cordero. Police found Cordero after he slit his wrists on a rooftop and he had apparently confessed to killing McCallum.

Prosecutors believe that Cordero was jealous because McCallum was having a party that included other men and had not invited him. The day after the party, prosecutors say that Cordero strangled McCallum ("until her feet stopped kicking and until blood poured from her nose"), punched her, and placed dog tags with their names (given to him by McCallum) in her hand before wrapping her in a towel.

Cordero pleaded not guilty to second-degree murder and petty larceny. The prosecutors had revealed that Cordero tried to appeal, per the NY Times, "to the sympathy of a detective, telling him he was an orphan and had had a hard life." Cordero's lawyer did mention how his client's parents were deceased and that Cordero was homeless but stayed with relatives, “She was a well-traveled, sophisticated, well-educated young woman. He was a sometimes homeless, orphaned street kid. It just makes you wonder how well we know our children.”

McCallum's parents, who are professors at NYU, attended the hearing, as did Cordero's family.