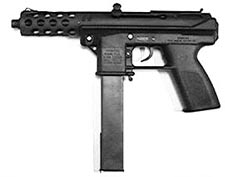 The legal fortunes of Darryl Barnes have waxed and waned over the many years since he was shot by a police officer on a Bronx street--a wound that left him paralyzed--but finally ended for good this week.

Darryl Barnes was shot in 1988 by NYPD Officer Franz Jerome, who apparently saw Mr. Barnes running down the street carrying a Tec-9 assault pistol. When Jerome ordered Barnes to stop, Barnes shot at the policeman, who returned fire and struck the runner-and-gunner in the spine.

The State Court of Appeals finally said this week that Barnes would be receiving nothing from the City, and also fined him $100 in court costs as a sort of final insult-to-injury parting gift.

#bronx
#court of appeals
#darryl barnes
#franz jerome
#lawsuit
#nypd
#paralyzed
#tec-9
Do you know the scoop? Comment below or Send us a Tip