Man On Subway Platform Dies After Being Struck By M Train

A man at an Elmhurst subway station was fatally struck by an arriving train last night. The victim may have leaned forward over the platform edge as the train pulled in.

The incident occurred around 7:30 p.m. at the Grand Avenue-Newtown stop. Sources told NBC New York that "the man may have been intoxicated when he leaned or fell in front of the oncoming train."

The impact of the northbound M train apparently "wedged him between the train and the platform," according to the Daily News. 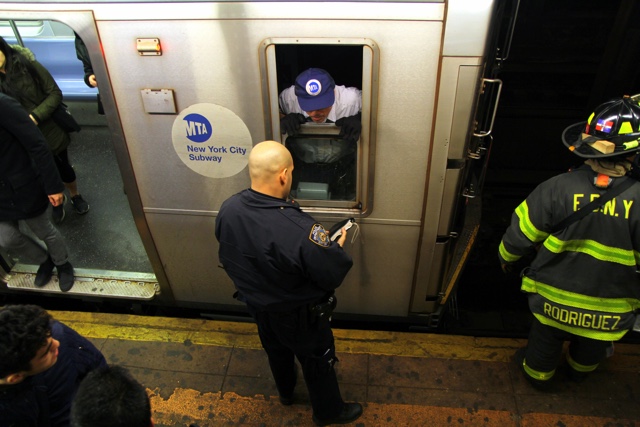 The News adds that the police spoke with the victim's "visibly intoxicated" friend, who said, "I didn't do nothing wrong. He was my friend."

#m train
#queens
#subway
Do you know the scoop? Comment below or Send us a Tip